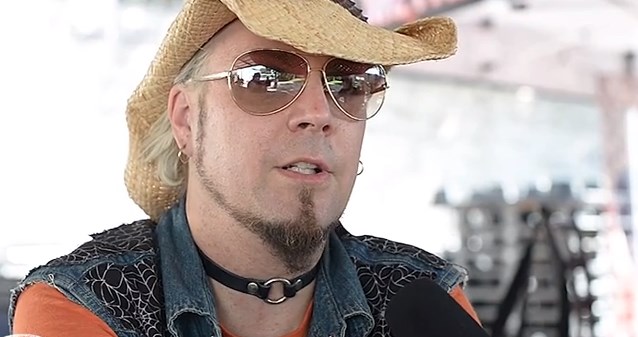 Harley Hughes of HellhoundMusic.com conducted an interview with ROB ZOMBIE guitarist John 5 (real name: John William Lowery) at the Burgettstown, Pennsylvania stop of the Rockstar Energy Drink Mayhem Festival on July 12. You can now watch the chat below.