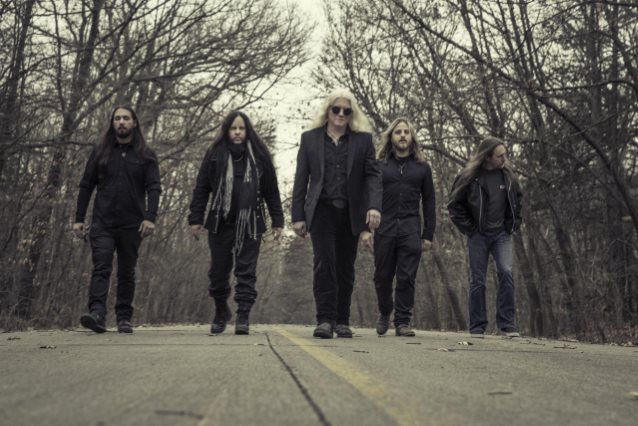 VIMIC, the new band featuring former SLIPKNOT drummer Joey Jordison, is in the process of signing a new record deal for the release of its long-awaited debut album.

"Open Your Omen" was originally supposed to arrive last year via Jordison's longtime label, Roadrunner, but VIMIC has since parted ways with the record company and has yet to announce a new label home.

Speaking to Loudwire for the latest installment of Wikipedia: Fact Or Fiction?, Jordison stated about VIMIC's full-length disc: "Right now we have a release date set. We don't know if we wanna go through with it or not, because we're signing a new deal right now. 'Cause everything's being closed as we speak… So everything's going really good. It's coming out."

He continued: "That's what's good about being on tour. We're just getting out to meeting the fans, showcasing what we're about, getting the music out there. Usually I'm not a big Internet fan, but it's actually doing really good for us right now, so I think I've changed a little bit. [Laughs]"

Jordison added: "It's coming out. The deal's getting signed already, and it's getting put out. It's on its way."

VIMIC in February postponed its European tour so that the group could finish work on its debut LP, which has been described in a press release as "quite possibly the biggest triumph of Jordison's illustrious career."