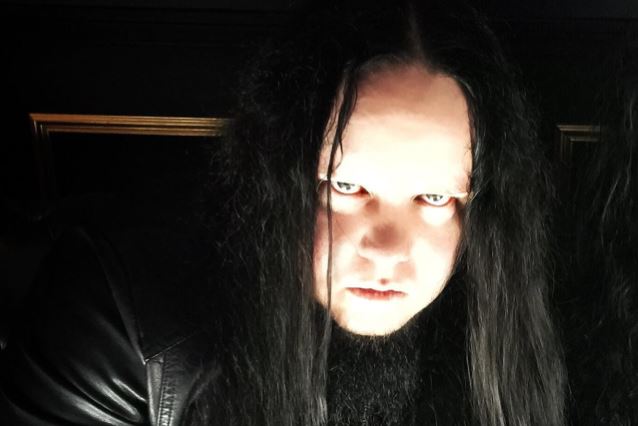 Ex-SLIPKNOT drummer Joey Jordison says that the way he was fired from the band was "cowardly," revealing that he was let go because the other members thought he was on drugs.

Jordison and the members of SLIPKNOT had been silent and evasive about the reasons for his dismissal from the band in December 2013, but Jordison finally spoke about it last week while accepting an award at the Metal Hammer Golden Gods Awards in London, England. He revealed that he had been diagnosed with a rare disease of the nervous system which left him unable to play the drums properly and he had to be carried to the stage during his final run of shows with SLIPKNOT.

Speaking to Metal Hammer, the drummer claimed that he was fired over e-mail. "No band meeting? None," he said. "Anything from management? No, nothing. All I got was a stupid fucking e-mail saying I was out of the band that I busted my ass my whole life to fucking create.

"That's exactly what happened and it was hurtful. I didn't deserve that shit after what I'd done and everything I'd been through.

However, Jordison also said that he would sit down with the band to discuss the possibility of him rejoining. He explained: "Honestly, I'm not trying to be dramatic, but if that was brought up, what I'd want to do would be to get together. I'd want to see them, just hug it out and feel that energy that we had when we were fucking young and hungry and all that shit."

The drummer added about the possibility of seeing his ex-bandmates again: "We'd hug and talk and do shit like we used to do... It'd have to be in person. If it happened, that would be fucking awesome, but only time will tell."

Jordison also praised SLIPKNOT's latest album, ".5: The Gray Chapter", which features his replacement, Jay Weinberg, as well as new bassist Alessandro Venturella. He said: "I listened to the whole record multiple times. And I think it's great. It's fucking cool and I'm glad they moved on."

SLIPKNOT singer Corey Taylor told The Pulse Of Radio not long ago that the band has gotten very comfortable with its current rhythm section. "It was interesting at first, but it's just gotten better and better with every show to the point where, you know, we feel very comfortable with them now, and they bring like a different kind of energy out of us, you know. So we kind of resigned ourselves to the fact that it would never be the same, but it's different, and sometimes different is okay."

His new band, called VIMIC, will release its debut album, "Open Your Omen", later in the year.

SLIPKNOT will begin a summer North American tour with MARILYN MANSON on June 28 in Nashville. The trek's start was postponed by three weeks after Corey Taylor underwent neck and spine surgery. 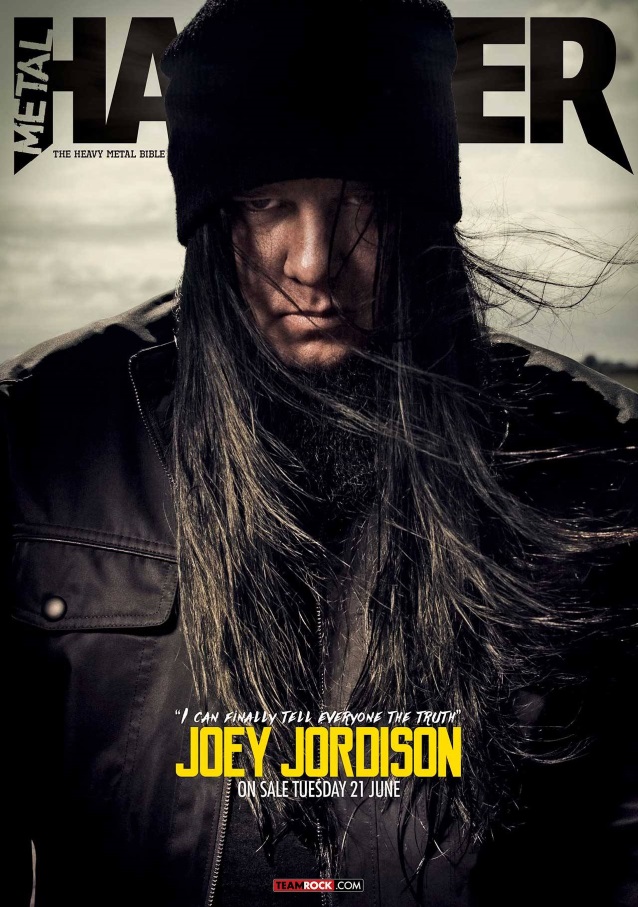