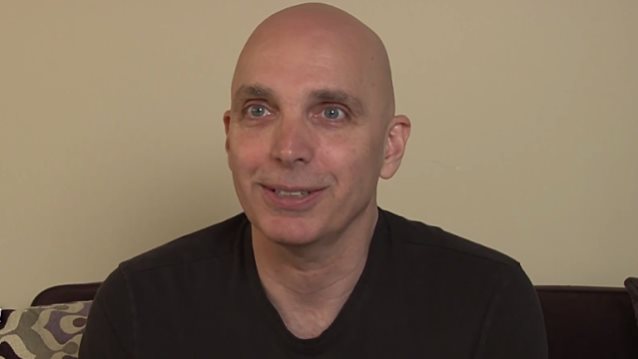 Legendary guitarist Joe Satriani has embarked on a tour to support his new box set and new book. During the trek, he played The Space At Westbury right next to his hometown of Carle Place, New York, and he gave back to his alma mater by inviting students to join him at the show. Check out a report from Artisan News below.

"Westbury is where I grew up, hung out and came of age," Satriani, 57, told Newsday prior to the gig. "I'm sure when I walk up to the theater, the memories will come flooding back."

During his time as a student at Carle Place High School, Satriani played in the band TARSUS and worked as a guitar teacher. He later moved to Berkeley, California, where a number of his students — among them Kirk Hammett (METALLICA) and Larry LaLonde (POSSESSED, PRIMUS) — achieved their own considerable successes.

"[While in New York] I learned how to become a really good teacher because I had this young, phenomenally talented kid [future guitar legend Steve Vai] taking lessons from me," Satriani said. "After the first year, I had to work really hard to stay on the cutting edge of being his teacher. He caught up to me and we became more like comrades."

"There's nothing more natural for me than to stand next to Steve onstage and improvise guitar," Satriani added. "I love doing that. It's like we are little kids again, in my backyard, playing guitar."

One of the most influential and respected instrumental rock guitarists to emerge in the past three decades, Satriani is that rare "musician's musician" who's crossed over into the mainstream with music sublime and complex, appealing to a wide variety of tastes.

While in considerable demand as a sideman throughout his career — he's toured with Mick Jagger, DEEP PURPLE and many others — Satriani has pursued his own musical vision over the years through a series of instrumental rock albums (many of them Grammy nominated) which chronicle his evolution as an artist and his eloquence as a guitarist.