Joe Satriani's "Strange Beautiful Music: A Musical Memoir", first released in May 2014, is now available in paperback for pre-orders, with the official release on November 7. The paperback version includes a new chapter focusing on Satriani's last album, "Shockwave Supernova". Read an excerpt from the new chapter here.

Satriani and co-author, music biographer Jake Brown, take fans on their first authorized tour of the story behind his climb to stardom and the writing and recording of a storied catalog of classics, including "Surfing With The Alien", "Summer Song", "Satch Boogie" and more.

Featuring previously unpublished photos and hours of exclusive, first-hand interviews with Satriani, "Strange Beautiful Music" offers a unique look inside the studio, giving fans a chance to get up close and personal like never before. With insider details about his collaboration with supergroup CHICKENFOOT, exclusive interviews with Sammy Hagar and Michael Anthony of VAN HALEN and Chad Smith of the RED HOT CHILI PEPPERS, commentary from fellow guitar legends such as Steve Vai and METALLICA's Kirk Hammett, this memoir offers a rare inside look for die-hard Satriani fans, guitar enthusiasts, and anyone who loves to rock.

For three decades, Satriani, the biggest selling rock instrumental guitarist in the SoundScan era, has traveled the world, playing to sold-out crowds as both a headliner and as founder of the all-star "G3" guitar extravaganza. His studio and live recordings have sold more than ten million copies worldwide, and of his many solo albums, two have gone platinum and four others went gold, with fifteen Grammy nominations between them. 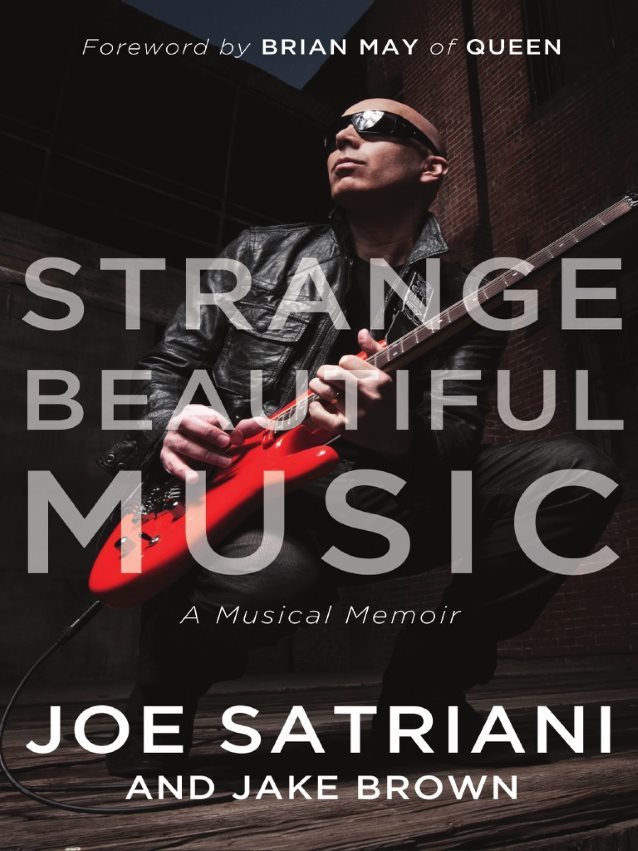