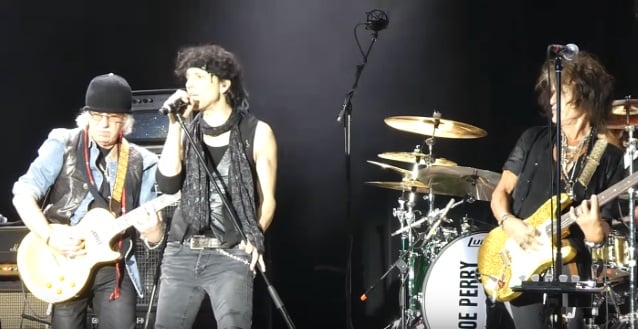 Billed as "Joe Perry And Friends", the concert saw Joe joined by his AEROSMITH bandmate Brad Whitford with Gary Cherone of EXTREME taking on the lead vocals and Dizzy Reed of GUNS N' ROSES playing keyboards.

Joe and the band performed various songs from "Sweetzerland Manifesto" (via his Roman Records imprint, distributed worldwide by Amped Distribution), along with material from his previous solo works and some AEROSMITH hits.

The album marks Joe's sixth solo album and is comprised of 10 new tracks all written or co-written by Joe (many with the album's guest vocalists), except for a cover of "Eve Of Destruction" with Joe on lead vocals and Johnny Depp on drums. The album features guest appearances from a long list of Joe's friends, colleagues and rock and roll icons.

Highlights include "Aye, Aye, Aye", which Joe co-wrote with the track's vocalist Robin Zander, and three collaborations with David Johansen, who sings "I Wanna Roll", "Haberdasher Blues" and "I'm Going Crazy", plus as many co-writes with Terry Reid whose lead vocals light up "I'll Do Happiness" (with Zak Starkey on drums), "Sick & Tired" and "Won't Let Me Go". 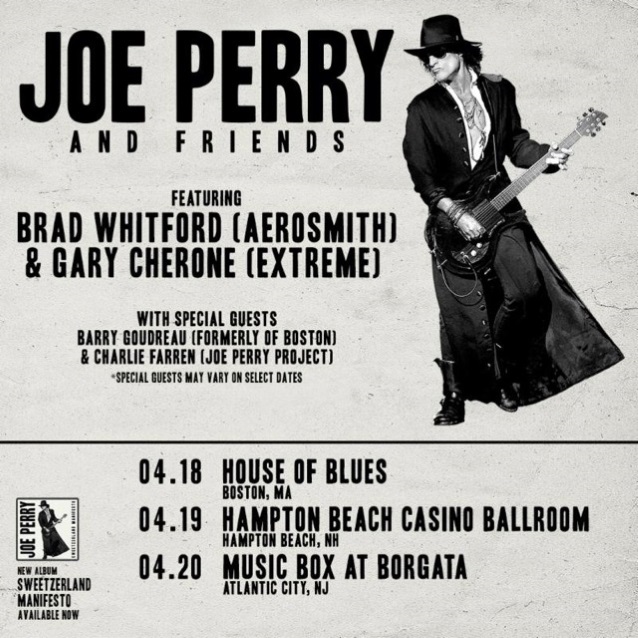