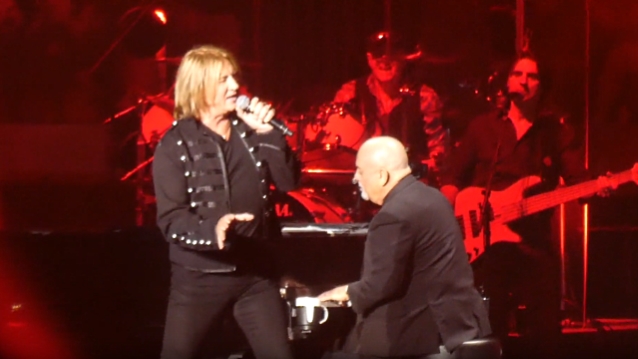 In January, Joel announced his sixth consecutive year of stadium shows, including a June 22 concert at Wembley Stadium in London.

DEF LEPPARD will make a number of European festival appearances this spring/summer before embarking on a Canadian tour in July.

DEF LEPPARD's second Las Vegas residency will take place this summer. The band will take over Zappos Theater at Planet Hollywood Resort & Casino for 12 nights between August 14 and September 7.