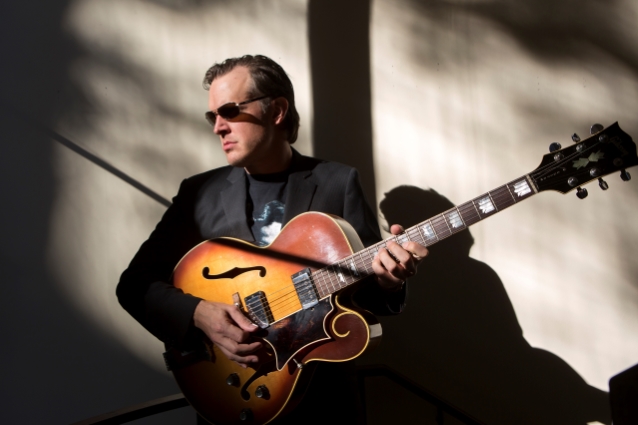 Coming off a fifth sold-out Caribbean sailing of Keeping The Blues Alive At Sea this past February, Joe Bonamassa makes history with Sixthman, the industry leader in festivals at sea, by selling out another cruise in the same year in the Mediterranean. A waiting list is active for fans that would like to sign up should availability open for the five-day inaugural voyage sailing August 16-21, 2019 from Barcelona, Spain, to Monte Carlo, Monaco, and Malletta, Malta. The Mediterranean edition of Keeping The Blues Alive At Sea will feature performances by Peter Frampton, Kenny Wayne Shepherd, Robert Randolph & THE FAMILY BAND, and dozens more blues artists.

"This past year has been the best one of all of our cruises so far and we had such a great time," shares Bonamassa. "When we first started this thing six years ago, we never expected to get this far, but look at us now on already planning our sixth Caribbean cruise and selling out two cruises in one year. It is really amazing and we have the fans to thank for supporting us. Also, it is important to mention that the [Keeping The Blues Alive] Foundation raised over $136,000 from this past cruise, which is incredible. That is what this is all about."

Frampton's appearance on the festival bill makes this already unique voyage even more special. Recently, he announced his farewell tour making Keeping The Blues Alive At Sea Mediterranean his only European performance this year. After an illustrious career dating back to the late '60s, Frampton will treat guests to two incredible live performances and intimate Q&A session.

Bonamassa, who recently achieved his 21st No. 1 album on the Billboard Blues Chart with the 2018 studio album "Redemption", is no stranger to sold-out performances around the globe. He's on the road about 200 days out of the year and has sold out iconic venues like The Greek Theatre in Los Angeles, California; Ryman Auditorium in Nashville, Tennessee and Red Rocks Amphitheatre in Denver, Colorado, where he will return again this summer for two consecutive performances. His partnership with Sixthman reinforces that merging music festivals with the amenities of a luxury cruise vacation are the perfect union for bands and fans alike. This guest-focused approach has been the foundation of success for Sixthman, which is in its 18th year of serving fan communities on over 130 destination vacations at sea.

"Something incredibly special occurs when you bring together a group of like-minded fans on vacation who share similar passions," says Sixthman CEO Anthony Diaz. "In addition to dynamic performances from iconic artists such as the event's host, Joe Bonamassa, and others like Peter Frampton, the overall experience is fully immersive to the theme of the event. From rare on-stage collaborations, meet-and-greets and panels with your favorite artists, our mission is to create moments and experiences that make life rock."

In addition to his renowned talent, Joe Bonamassa is known for giving back to the community that has embraced him, which is seen in his creation of the Keeping The Blues Alive Foundation. The foundation, in support of music education, has raised nearly half of a million dollars, impacted over 60,000 students and provided relief for nearly 400 schools.