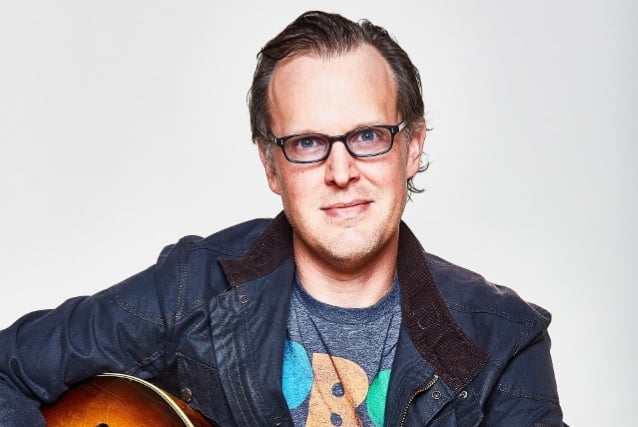 Joe Bonamassa has criticized a new order requiring Los Angeles residents to wear masks or "face coverings" whenever they leave home in an effort to stop the coronavirus from spreading.

On Wednesday (May 13), Los Angeles Mayor Eric Garcetti put out the order that says you need to cover your face even for running, cycling and other athletic activities if you live in the city.

Bonamassa took to his Twitter on Sunday (May 17) to share a Los Angeles Times article about the new rule, and he included the following message: "I'm out.... I didn't sign up to be ruled by a wanna be king. The Nerdville West museum is closing on June 1st until as they say 'further notice'. This is draconian and not fair to the folks who are responsible."

When one of Joe's followers chimed in with, "Dude, it's just a mask", the guitarist shot back: "It's not just a mask. It's two people telling 40 million what to do even when you are not around anyone. I have a mask on me at all times. When I enter a shop I wear it. It's a power play and they are drunk on power. Count me out for the coming civil unrest"

After another fan wrote, "You should move", Joe responded: "I'm not moving. I'm voting"

Another fan added, "As Elon Musk said, vote red," to which Joe replied, "I don't vote red or blue. I vote common sense"

New county rules require face coverings for almost anyone who leaves their home and expects to be near other people, with the exception of children 2 years old and young and people with disabilities.

Until last week, wearing face masks in Los Angeles had only been required in shops, public transportation and certain public facilities.

Wearing face coverings "whenever we're away from home will create a meaningful layer of protection for people we might come into contact with, and that makes sense at this stage of our response to the crisis," Garcetti said.

Garcetti called the mask order a necessary step to eventually reopen more of the economy.

"Our Health Officer order is very clear," Ferrer said on Thursday. "Masks are, in fact, mandatory across the entire county when you're outside of your home, not with members of your household and in any kind of contact with other people. We are all required to use those cloth face coverings."

Garcetti and Ferrer have both said that those in areas without other people — such as solitary walks — are not required to wear a mask but should have one with them and ready to put on.

Experts have said that face coverings are crucial in combating COVID-19 because they can help block the transmission of respiratory droplets that carry the disease.

I’m out.... I didn’t sign up to be ruled by a wanna be king. The Nerdville West museum is closing on June 1st until as they say “further notice”. This is draconian and not fair to the folks who are responsible. https://t.co/BdNNGykgOv

It’s not just a mask. It’s two people telling 40 million what to do even when you are not around anyone. I have a mask on me at all times. When I enter a shop I wear it. It’s a power play and they are drunk on power. Count me out for the coming civil unrest

I don’t vote red or blue. I vote common sense

We’re requiring all Angelenos to wear face coverings when they leave the house. There are exceptions in place for small children or those with disabilities.