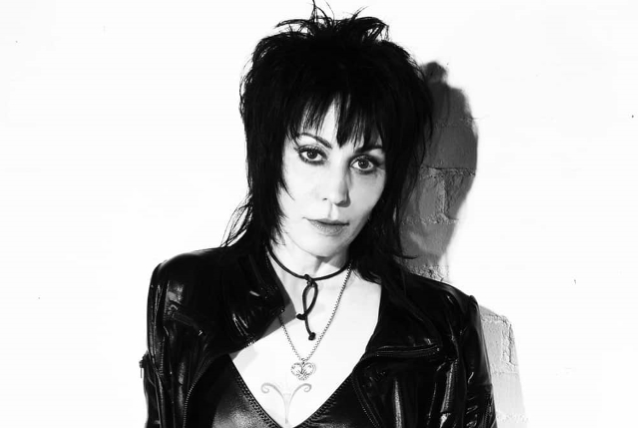 Legendary musician Joan Jett sent a letter today to the owner of Pymatuning Deer Park urging her to send a 23-year-old bear named Bosco to a comfortable, reputable sanctuary, noting that after the death of the facility's only other bear last year, Bosco doesn't even have the comfort of a companion. He's confined to a barren concrete pit and showing signs of arthritis.

"Bears are sophisticated, playful animals who thrive when given space and freedom to run, dig, and swim far from human activity," Jett writes. "But at this roadside zoo, Bosco is denied everything that's natural and important to him and condemned to a life surrounded by stone walls and gawking tourists."

PETA's motto reads, in part, that "animals are not ours to use for entertainment."

"With each decision I've faced in my career, I've counted on my instincts to make the right choice. After learning about Bosco the bear, those same instincts told me to take action. I'm writing to you today to ask that you trust your own gut, recognize that he has no business living alone in a concrete pit, and allow PETA to place him in a reputable sanctuary.

"Unlike you and me, Bosco can't follow his instincts while he's at Pymatuning. Bears are sophisticated, playful animals who thrive when given space and freedom to run, dig, and swim far from human activity. But at this roadside zoo, Bosco is denied everything that's natural and important to him and condemned to a life surrounded by stone walls and gawking tourists. After the death of the facility's only other bear last year, he doesn't even have the comfort of a companion.

"At over 20 years old, he's especially prone to injury in these dangerous conditions and likely experiencing physical and psychological distress already. Please, allow him to live his remaining years with dignity at a reputable sanctuary, where he could enjoy extensive space, independence, and the veterinary care that he so obviously deserves.

"My friends at PETA are offering to facilitate Bosco's transfer and pay any associated costs. Take a lesson from me: Listen to your instincts, and please give him a life in which he can follow his."