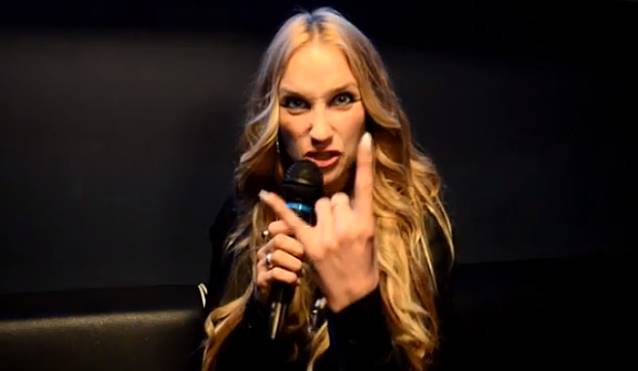 Vocalist Jill Janus wrote and recorded two demo songs in 2008 that were used to bait potential musicians for her band HUNTRESS. In 2009, Janus met underground metal act PROFESSOR from Highland Park, California. These two songs were played for the boys, they rehearsed once and immediately joined forces to birth HUNTRESS. "Back From The Dead To Kill" remains unreleased and is offered up to fans of HUNTRESS as part of their legacy. Check it out using the SoundCloud widget below.

Jill's second demo, "Call Of The Wild", will be released next Monday, January 13.