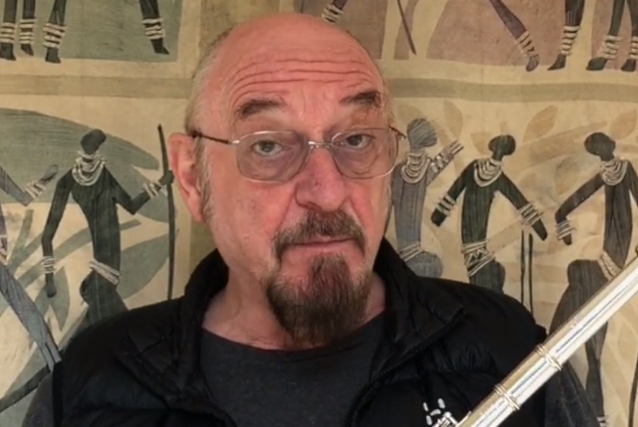 "The Ballad Of Jethro Tull" is the hotly anticipated official illustrated history of the legendary prog rock band, due for publication by Rocket 88 Books in November 2019.

Today, Ian Anderson announced two new recordings have been created especially for the project. The first, "The Ballad Of Jethro Tull", is a narrative poem written and read by Ian Anderson over a unique and original mix of classic TULL music, produced by Anderson himself — and named after the title of the book. The b-side is Ian reading Walter Scott's 1808 poem "Marmion", with musical backing composed for the recording and played by John O'Hara (current TULL keyboard player) on a cathedral organ.

The new seven-inch single will be exclusive to the 500-copy limited run "Signature Edition," each copy signed by Ian, and encased in a hand-made box containing two art prints specially commissioned for the book from renowned artist Peter Klucik, who also created the cover design for the book.

The "Classic Edition" of the same book will have a higher print run, be available at a lower price point, and include a download code for the two new recordings.

In a specially recorded video for the web site www.jethrotullbook.com, posted today, Ian Anderson, who is overseeing the project and has contributed unseen images and materials from his personal archive, said that the book is "under construction" and available to pre-order now, for shipping in November.

Fans who pre-order now will be able to have their name printed in the finished book. 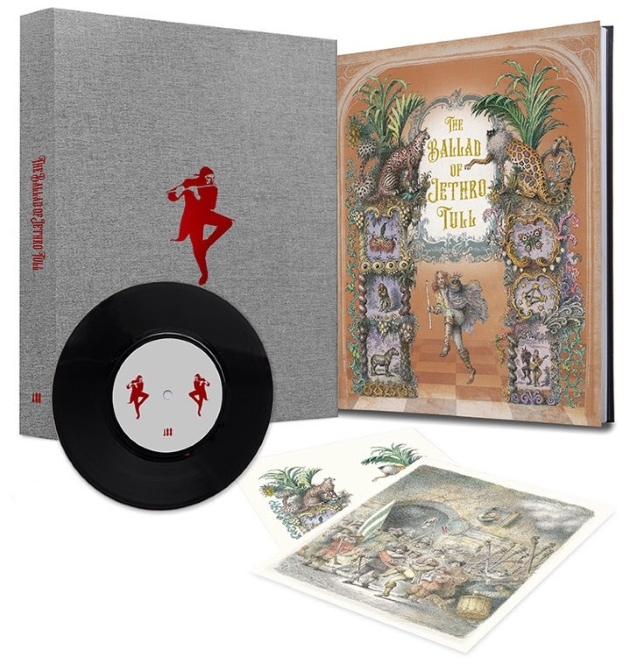