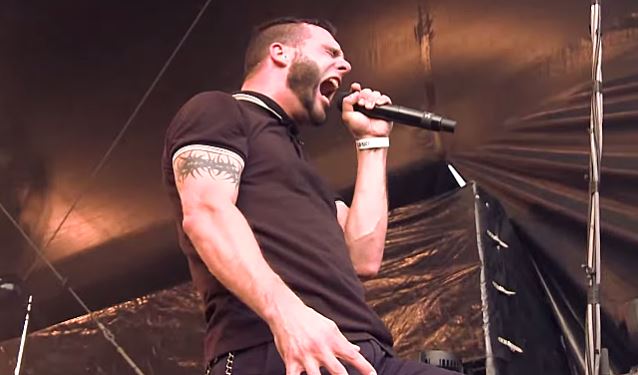 KILLSWITCH ENGAGE singer Jesse Leach has finished laying down vocals for the band's seventh studio album, tentatively due in early 2016 via Roadrunner Records.

Leach recently said that writing the material for KILLSWITCH ENGAGE's next CD was "one of the most challenging projects" in his career.

DONE! #kserecordingsessions Vocals for the new album are complete!!!!!! I yelled my last back up yell! #KillswitchEngage @killswitchengage Soooooo Sooooo STOKED!