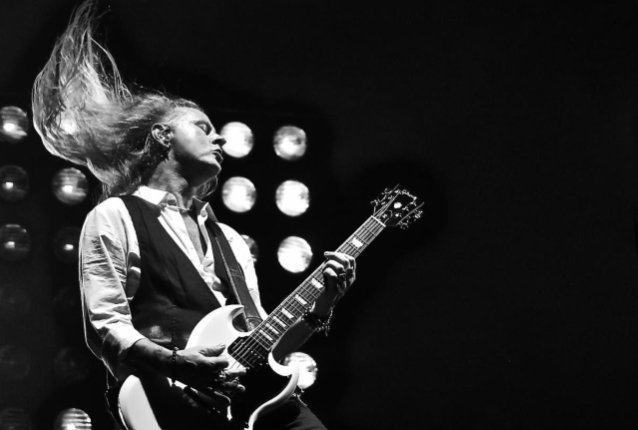 For the past 126 years, Gibson has been synonymous with creating and shaping sound. The new Gibson era celebrates the iconic models of the Gibson Golden Era while leaning into the future with instruments that nurture new players across generations, genders, and genres of music.

Gibson announced today (Friday, January 17) that Jerry Cantrell — main songwriter, lead guitarist and vocalist for the pioneering rock band ALICE IN CHAINS — will join as brand ambassador. Jerry Cantrell will be doing a signing in the Gibson experience space, 3rd Floor, Ballroom A at Winter NAMM on Saturday, January 18 at 4:00 p.m.

Jerry Cantrell remains one of the most iconic rock musicians of our generation. His career outside of ALICE IN CHAINS has consisted of two solo albums and several film soundtracks. Jerry's first solo album, "Boggy Depot", was released in 1998 and contained three singles including the popular "Cut You In" and "My Song". In 2002, Cantrell issued his second album, "Degradation Trip", with Osbourne's then-live rhythm section, Mike Bordin (drums) and Robert Trujillo (bass). The album featured two singles, "Anger Rising" and "Angel Eyes", and the track "She Was My Girl" was included on the "Spider-Man" soundtrack. "Degradation Trip" was re-released in November of that year as a double album, featuring eleven additional tracks. In addition to his solo albums, Jerry Cantrell released music on soundtracks for several films, including "The Cable Guy", "John Wick 2" and "The Punisher".

"I'm very happy to announce that I am officially joining the Gibson family," says Jerry Cantrell. "I'm looking forward to what we can create together in the future."

"Bringing Jerry to the Gibson to family is a dream come true. He is one of the riff lord heroes that personally influenced and inspired me to play guitar," says Cesar Gueikian, chief merchant officer of Gibson. "It's a privilege to have such an icon become one of our ambassadors. He continues to shape sound in a way that is unique to his artistry. Together we will be a on quest to make music matter more than ever."