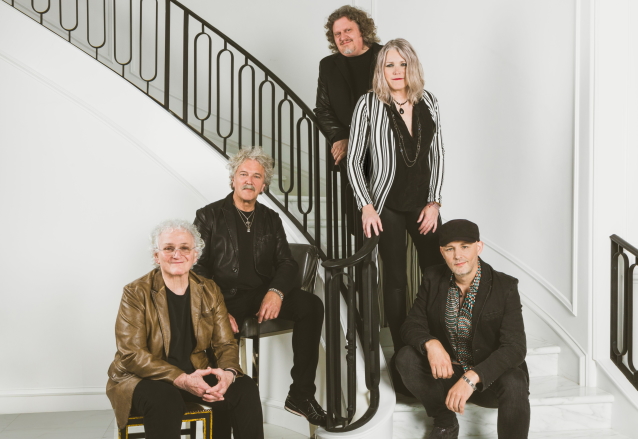 Legendary rock band JEFFERSON STARSHIP released an EP, "Mother Of The Sun", via Golden Robot Records in August 2020 and now the band has shared the music video for the EP track "Setting Sun".

"Setting Sun" features David Freiberg on lead vocals and is highlighted by slide guitar by Jude Gold. The bluesy rock anthem penned by Cathy Richardson and David Freiberg tells the story of a fugitive on the run.

JEFFERSON STARSHIP features founding singer/multi-instrumentalist David Freiberg (who was also in JEFFERSON AIRPLANE during the band's final year), longtime drummer Donny Baldwin (who joined JEFFERSON STARSHIP in 1982 and also played and sang on many hits of the band's STARSHIP era), lead singer Cathy Richardson (whom Kantner recruited in 2008), 25-year member Chris Smith on keyboards, and lead guitarist Jude Gold, who joined in 2012.

The current lineup of JEFFERSON STARSHIP is dedicated to breathing new life into this timeless music in their live shows. Massive hits such as "Jane", "Miracles", "White Rabbit", "Somebody To Love", "Volunteers", "We Built This City" and "Nothing's Gonna Stop Us Now" continue to reverberate in pop culture all over the world. Whether in the studio or on tour, the five members still enjoy pushing sonic boundaries, passionately trying to change the world, and staying true to the original spirit of all things JEFFERSON STARSHIP.

"Paul Kantner was our bandleader and the visionary who kept JEFFERSON STARSHIP going through so many eras," says Richardson. "He inspired so much about this record, from the messages in the lyrics to the title and album art to the collaborative process of creating music as a band with some of his original muses — Grace, Marty and Pete. 'Mother Of The Sun' is dedicated to PK." 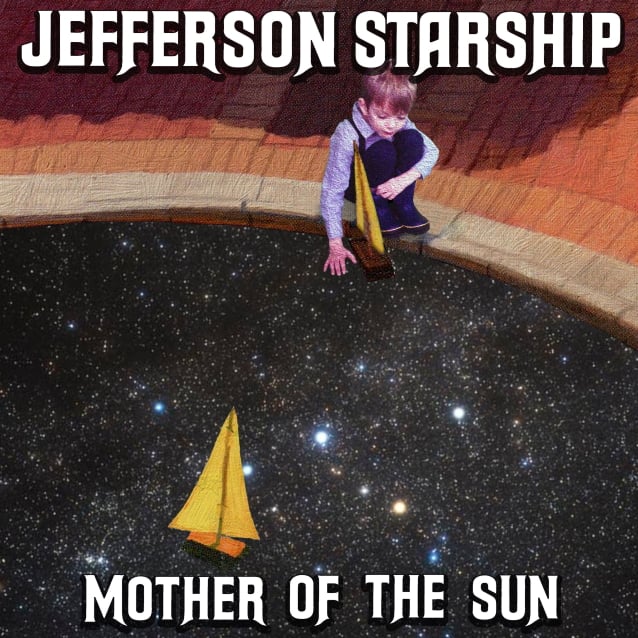