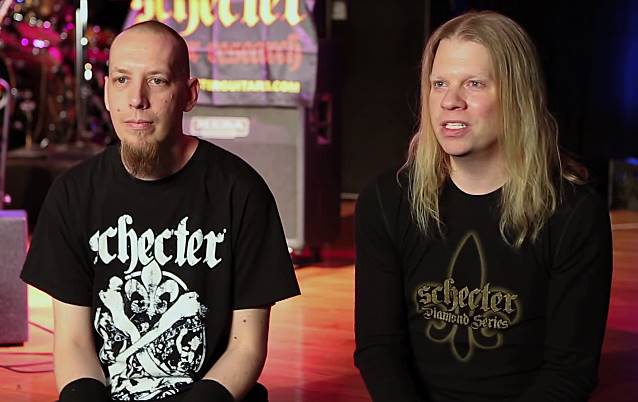 Musicians Institute recently caught up with former NEVERMORE guitarist Jeff Loomis and Portland, Oregon studio musician Keith Merrow to discuss networking and inspiration. Jeff and Keith talk about how networking opportunities allowed them to work on their current project, CONQUERING DYSTOPIA. Check out the clip below.

The recording lineup for CONQUERING DYSTOPIA's first CD is completed by Alex Webster (CANNIBAL CORPSE) on bass and Alex Rudinger (THE FACELESS) on drums.