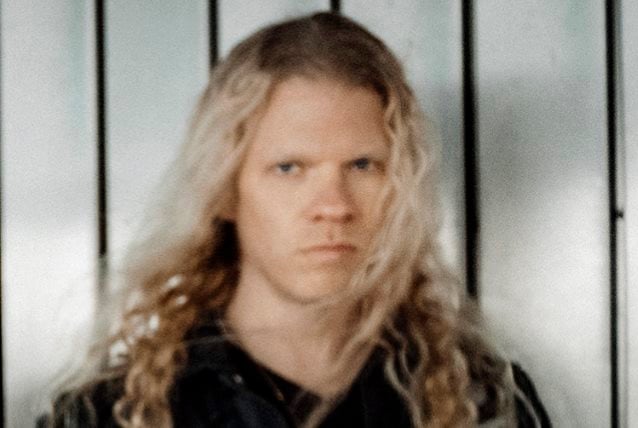 Jeff Loomis says "it's quite possible" that he could one day reunite with NEVERMORE to record some new music.

Loomis and drummer Van Williams announced their departure from NEVERMORE in April 2011 due to personal differences with singer Warrel Dane and bassist Jim Sheppard. Three years later, the guitarist joined ARCH ENEMY, with whom he has been on the road ever since.

Asked in a new interview with Ultimate Guitar if fans will ever get to hear more material from NEVERMORE, Jeff said: "I only have good things to say about everybody in the band and Van Williams is one of my best friends.

"It was a really good eighteen years that we had — an amazing run. Unfortunately, things ended in a really bad, sour way.

"There was a lot of drinking going on in the band, and I think that was the final nail in the coffin as to why the band actually broke up.

"It wasn't a very good breakup at all. It was very difficult."

He continued: "When you spend eighteen years together with a bunch of dudes, it's kind of like a marriage in a way. When something like that breaks up, it's heartbreaking. It was a real bummer.

"Maybe one day, I would really like to be able to talk to Warrel again face to face and sit down and talk through all of our problems that we had and stuff like that.

"Time is a healer and life is short. So hopefully one of these days we will be able to sit down and talk out some of our differences, just as friends, even. That would be great.

"But at the moment, everybody is doing something else and that's great, bless them for whatever they want to do."

Loomis added: "I'm in ARCH ENEMY now, and I guess the chapter is closed for NEVERMORE for now and another chapter has opened up in my life.

"I'll never say no to anything — I'll always give something a shot. And if the timing is right, maybe one day we'll do a couple more songs or maybe an album even. Who knows? It's quite possible."

Dane told "The Jasta Show" last year that "rarely" talked to Jeff. But, he insisted, "we don't hate each other. We're not enemies. We're still friends — friends that rarely speak to each other, unfortunately."

The singer added that there has been no discussion of a NEVERMORE reunion, explaining: "[Jeff is] sober now. I tried to get the whole band sober fucking years ago, and it was pretty much, 'Fuck you! I'm gonna do whatever I wanna do.' Not from him. Not from Jeff. [It came] from someone else in the band. And had that worked, if I had been successful and got the whole band sober, we'd probably still be together right now. But, you know, everything happens for a reason. And the new shit that I'm working on, the new original stuff with my solo band, makes me realize how lucky I am to have worked with so many great musicians and made so many great songs."

NEVERMORE's last album, "The Obsidian Conspiracy", was released in 2010.