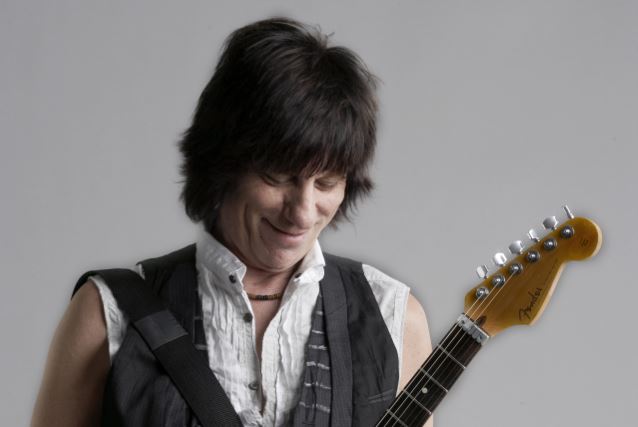 Announced today, in conjunction with this summer's U.S. tour, Jeff Beck will release a new studio album on July 15. This marks his first studio album since the Grammy-winning "Emotion & Commotion" in 2010. In addition, more U.S. tour dates, co-headlining with the blues legend Buddy Guy were also announced today.

As was previously announced, the duo will begin their joint tour on July 19 in Port Chester, New York before hitting New York City, Connecticut, New Jersey, Pennsylvania, Virginia and Michigan. The tour will make a special stop at the Ravinia festival in Highland Park, Illinoois on Sunday, July 31, before heading to Nashville and then making the trek west to Los Angeles. As was previously announced, Beck will make a very special appearance at the Hollywood Bowl on August 10 to celebrate 50 years of "dynamic music making."

Over the course of Beck's illustrious 50-year career, the trailblazing guitarist has earned many accolades. He's been inducted into the Rock And Roll Hall Of Fame twice — first as a member of THE YARDBIRDS in 1992 and then again as a solo artist in 2009. Rolling Stone magazine ranked him as one of the "100 Greatest Guitarists of All Time" and he has earned a total of eight Grammy Awards during his long career. In addition, Beck has been a guest performer at scores of sessions with everyone from Stevie Wonder and Buddy Guy to Tina Turner and Mick Jagger. Throughout his career, Beck routinely makes the fantastically difficult sound effortless.

Beck has been hard at work on his first book, "Beck 01" (Genesis Publications), which explores Beck's passions for hot rodding and rock'n'roll, bound together in his official, signed, limited-edition book. Inspired by the sleek curves, luxurious finish and iconic imagery of the hot rods he builds, "Beck 01" is hand-bound in leather and aluminum with every book numbered and personally signed by the author. Jeff Beck's handpicked selection of 400-plus rare and unseen photographs and items of memorabilia is narrated with an original manuscript of nearly 20,000 words, making "Beck 01" the definitive visual and historical record of one of the most dynamic musicians and creators. Included is an eloquent foreword by John McLaughlin that begins, "Jeff Beck is my all-time favorite guitarist, what do I say after that?" Indeed.