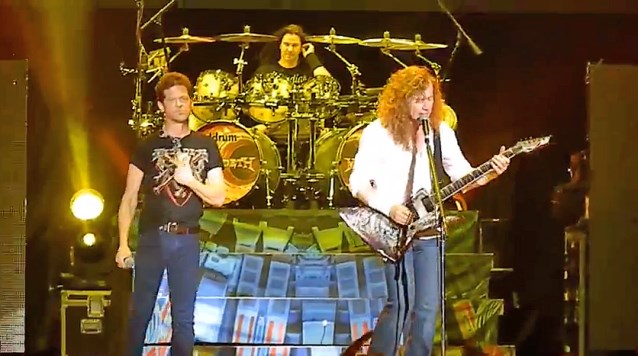 Newsted, who quit METALLICA in February 2001, is the frontman of a new band, simply called NEWSTED, which took part in this year's edition of Gigantour, the critically acclaimed package festival founded in 2005 by MEGADETH mainman Dave Mustaine.

Speaking to Artisan News at the August 6 NEWSTED signing session at Looney Tunes in West Babylon, New York, Jason stated about how the idea for the jam came about: "It was mostly created by kind of rumor and agents and managers and things like that early on when we were putting together the structure of this tour, that 'maybe you and Jay can play a song.' It was never something that I said or that Dave said, it was [something] that managers said to us."

He continued: "I'm open to jam with anybody whenever anybody wants to jam — I think that's not really a secret or nothing — so if the dude calls out 'Phantom Lord', I'll sing or play bass guitar or whatever he wants; that's all fine.

"As a fan, jamming with Dave, coming from back here… 'Cause I was a fan of Dave before we were brothers and peers and stuff like that. So, man, if he wants to jam, I'm open to that, of course."

Mustaine previously hinted that he would invite Newsted up on stage to perform a song Dave co-wrote during his short tenure with the band.

Addressing his followers on Twitter, Mustaine wrote: "If I play a song I wrote in @Metallica w/@JasonCNewsted, which should it be?"

Mustaine then listed the following METALLICA tracks for fans to choose from:

Mustaine, who was one of the original members of METALLICA, was fired from the band by drummer Lars Ulrich in 1983. He was replaced by Kirk Hammett and went on to form MEGADETH and achieve worldwide success on his own. 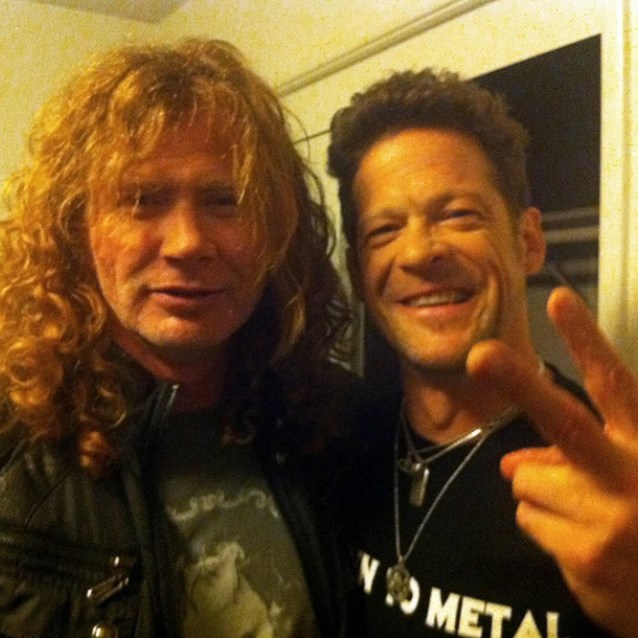