The reunited JANE'S ADDICTION will play at The Echoplex in Los Angeles, California on Monday February 16 beginning around 11:00 p.m. If you want to attend, register for the band's mailing list. The first 500 people to register that are 18 years of age and older will be invited to come.

In other news, JANE'S ADDICTION guitarist Dave Navarro's manager told a reporter for Australia's AdelaideNow at the THE SCREAMING JETS show after-party on February 3 in Hollywood, California that JANE'S ADDICTION is heading to Oz this year.

JANE'S ADDICTION played two low-key club gigs in Los Angeles this past October and November. Those were the original band's first full concerts together in well over 15 years. The group, including founding bassist Eric Avery, first reunited for a four-song set at the NME Awards USA last April.

The band has reunited twice before, in 1997 and 2001, but without Avery. RED HOT CHILI PEPPERS bassist Flea, Chris Chaney and Martyn LeNoble all took turns in the lineup.

Singer Perry Farrell has dismissed the possibility of another comeback over the last couple of years, saying in a recent interview that there was as much likelihood of a full-blown reunion "as there being commercial space flights."

Fan-filmed video footage of JANE'S ADDICTION's November 20, 2008 concert at El Cid in Silverlake, California can be viewed below (courtesy of "LAwomanPhotography"). 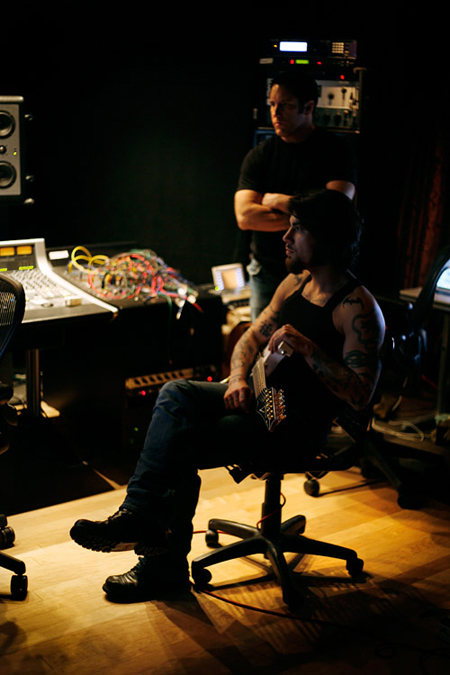