Current LIZZY BORDEN guitarist Ira Black, who has previously played with METAL CHURCH, VICIOUS RUMORS and HEATHEN, has gone on a hunger strike at the Los Angeles County Jail because he claims that veganism is not being recognized by the facility as "valid and sincere."

Ira was taken into custody the morning of January 3, 2009 on a misdemeanor charge (he apparently had a warrant out for his arrest for an unpaid fine) and is being held on $65,000 bail.

Black's fiancée says that the guitarist "has been in the system for over a week now and has had to survive on a miniscule diet. Ira has been a vegan for 15 years and it seems none of the local correctional facilities will accommodate any inmate with a vegetarian or vegan diet. They will give inmates with medical problems or religious beliefs a different meal, but there is no concern for the vegetarians/vegans.

"He feels very strongly about this and has gone on a 'hunger strike' until his release later this month to show how serious this should be taken. The situation has been escalating hour by hour. He is now being mistreated by the guards and was forced to take off a sign he was wearing that said 'hunger strike.' He is also being coerced by deputies to 'just go with the system' and eat the food that is provided. He is being threatened and is worried he will be punished in unknown ways just for requesting a meal of vegetables and/or fruit.

"Ira spoke to a chaplain at the jail, and they both feel like this is an issue which needs to be made public and dealt with. Ira stated: 'If I can just get the word out so that people will start calling the jail, there can be some changes made. I want people to know how legitimate and sincere veganism and vegetarianism is and this is a serious human-rights issue, I'm not just trying to manipulate the system.'

"Ira has also contacted other musicians, local media and PETA regarding this issue."

For more information about Ira's arrest, search for his name on The Los Angeles County Sheriff's Department Inmate Information Center. 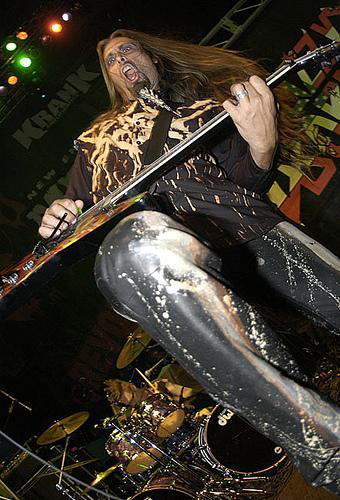