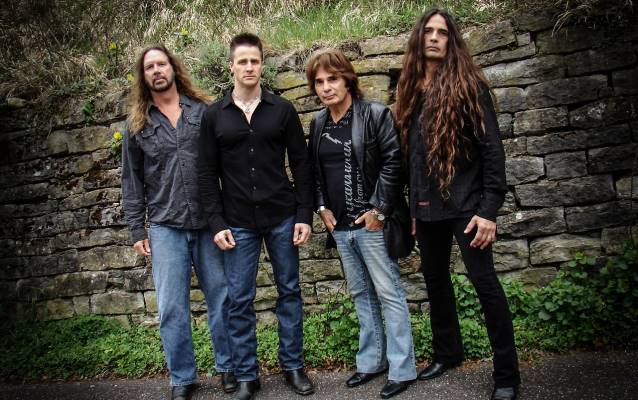 "Stand Your Ground", the long-awaited new studio album from U.S. power metal act JACK STARR'S BURNING STARR, will be released on August 25 via High Roller Records. The effort, which is almost 80 minutes long, was produced by Bart Gabriel (with whom the band already worked on the previous album, "Land Of The Dead"), recorded and mixed by Kevin Burnes (DOKKEN, RAVEN), and mastered by Patrick W. Engel at Temple Of Disharmony Studio. The release will be available as CD, double LP, and digital download. Like in case of previous two BURNING STARR albums, its cover artwork was painted by Ken — legendary artist known from his iconic works for bands such as RAINBOW, KISS and MANOWAR.

JACK STARR'S BURNING STARR was formed in 1985 by and founding member of VIRGIN STEELE, Jack Starr. After releasing four albums in the '80s — "Rock The American Way" (1985), "No Turning Back!" (1986), "Blaze Of Glory" (1987) and the self-titled one (so-called "orange album" from 1989) — the band returned with a new lineup featuring Starr, Ned Meloni (bass; JOE LYNN TURNER, DEVIL CHILDE, PHANTOM LORD), Kenny "Rhino" Earl (drums, MANOWAR, ROSS THE BOSS) and Todd Michael Hall (vocals; RIOT V), and released the well-received comeback album titled "Defiance" in 2009. Two years later, the band released their next studio album, titled "Land Of The Dead", which was met with great reviews by critics and fans alike. 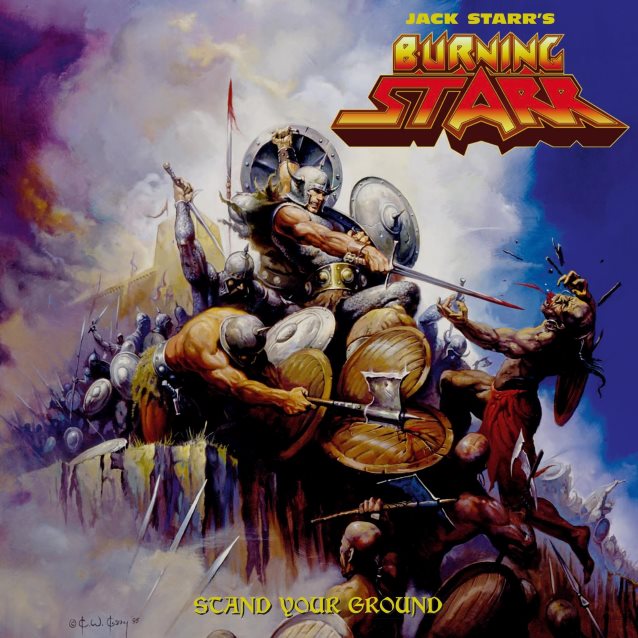