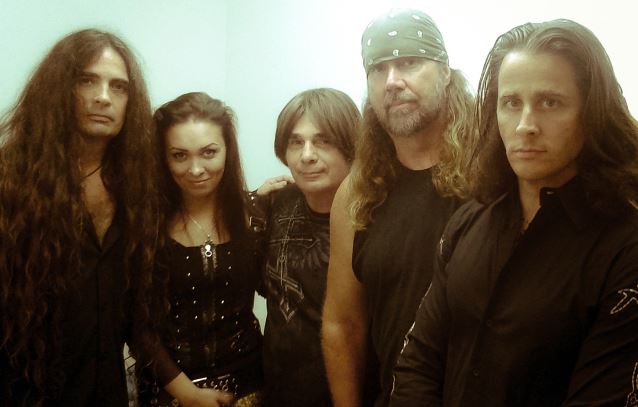 JACK STARR'S BURNING STARR, the American power metal act founded in 1984 by ex-VIRGIN STEELE guitarist Jack Starr, has commenced the pre-production process for its new studio album, titled "Stand Your Ground". The CD is scheduled to be recorded during the spring and summer and will include the following songtitles, among others: "Stronger Than Steel", "In Another Time (From Ashes We Rise)", "Stand Your Ground" and "To The Ends Of The Earth".

"Stand Your Ground" is a loose concept album based on the problems facing America and the world and the belief that many people have that we are heading into an era of strife and conflict. The CD will include new songs, as well as several recently unearthed, previously unreleased and never-recorded compositions written in the '80s.

The new BURNING STARR album will — like its predecessor, 2011's "Land Of The Dead" (Limb Music) — be produced by Bart Gabriel, who has previously worked with such acts as SACRED STEEL, SATAN'S HOST and MORTICIAN, and will be recorded by the same lineup consisting of Starr, Ned Meloni (ex-JOE LYNN TURNER, DEVIL CHILDE) on bass, Kenny "Rhino" Earl (ex-MANOWAR, HOLYHELL) on drums, and Todd Michael Hall (RIOT V, REVERENCE) on vocals. The European touring lineup of BURNING STARR is completed by CRYSTAL VIPER frontwoman Marta Gabriel, who plays rhythm guitar in BURNING STARR.