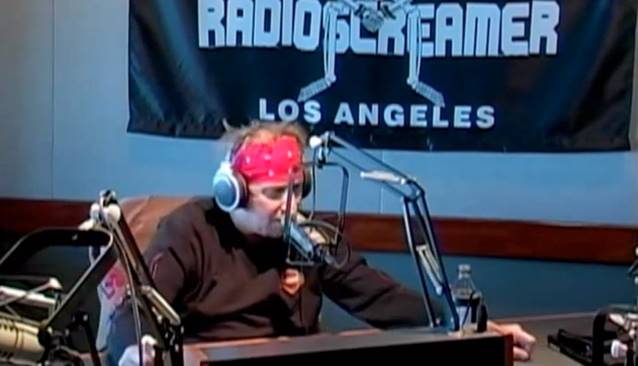 Russell recently revealed to SleazeRoxx.com that he is working on material for a new studio album. He is being joined in the studio by Montana (as a guitar player and keyboardist), lead guitarist Robby Locher and drummer Dicki Fliszar.

"The music comes across very dynamically. It's what I always wanted it to be.

"Tony was a catalyst for moving forward. I was never as close to him as I am now.

"We never had the opportunity to write music together before. I also never knew he played guitar. When I first heard him, I nearly fell of my chair. He's my co-pilot. He's one of my best friends. I wish we would've been this close back in the day."

"It's natural for all of us," adds Montana. "There's a solid chemistry, and we're having a lot of fun."