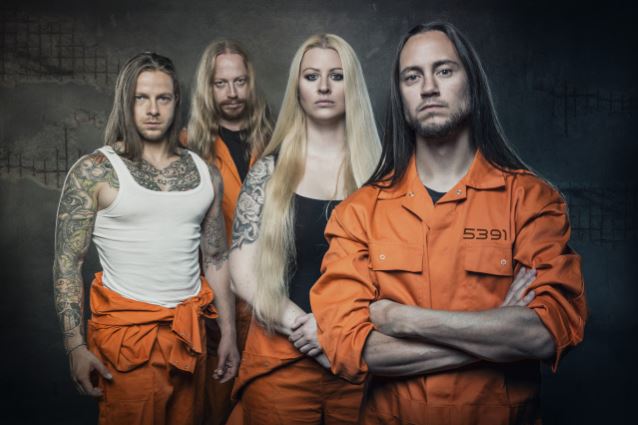 Dutch metallers IZEGRIM will release their new album, "The Ferryman's End", in the spring via Listenable.

IZEGRIM guitarist Jeroen comments: "Needless to say, we are thrilled and honored to re-ink a new deal with Listenable Records. Never change a winning team!

"With this new album, we aimed for more catchy songs, to-the­point songwriting, agression, viciousness and on top of that a better production. We went 'back to basics,' essentially to incorporate better structure and more power than ever before. This album sounds massive and most certainly a punch right in your face."

Lyrically, IZEGRIM vocalist/bassist Marloes steps into the shoes of a twisted and insane main character sitting on death row waiting to be executed. Every individual song is a journey further into the sick and disturbed brain of the murderer. During the very last act of terror, the Ferryman gets killed, leaving all souls of his victims to dwell forever.