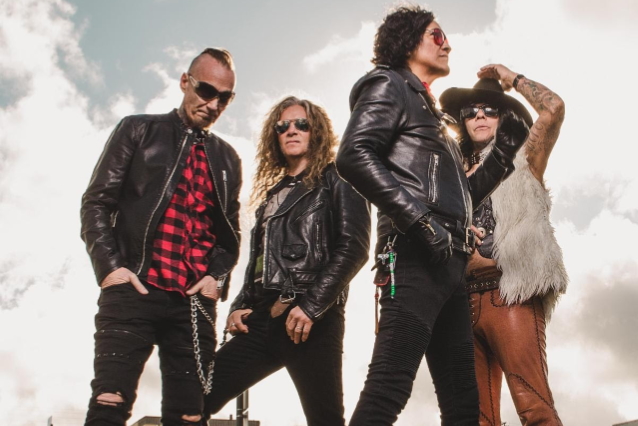 The hard rockers will kick off the reunion with a hometown gig on December 30 at their old haunt, the Whisky a Go Go in West Hollywood. Aside from one show in 2011, this original lineup has not performed together since 1993.

"I would never have guessed this reunion would have come about, but the world seems to have its own plan filled with peace, love and kindness," says guitarist Mick Sweda. "And lots of ass kicking!"

Add vocalist Marq Torien: "I am completely ecstatic about this rad magical new beginning for us. It's on!"

The reunited BULLETBOYS is booked by noted agency ARM Entertainment. More than 50 shows are currently in the works in the U.S. and around the world. BULLETBOYS also promises to deliver new music in the coming year.