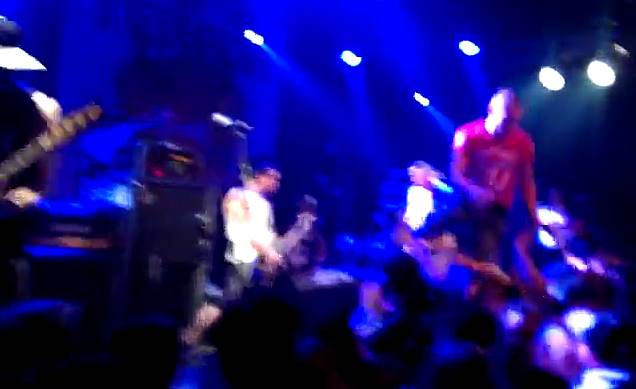 Fan-filmed video footage of TERROR's January 22 performance in Solothurn, Switzerland during which a young man suffered fatal injuries following a stage dive can be seen below.

According to Blick.ch, the 28-year-old Solothurn man — identified as Felix A. — dove off the stage into the audience during the TERROR portion of the "Persistence Tour" concert, which was headlined by SUICIDAL TENDENCIES and featured additional performances by STRIFE and EVERGREEN TERRACE. "Unfortunately, crowd members failed to properly catch him and he fell to the ground," said Pipo Kofmehl, head of the Kulturfabrik Kofmehl venue, where the event took place.

In the clip below, TERROR frontman Scott Vogel can be heard introducing the band's next song and inviting the audience members to "stagedive, stagedive, come on, stagedive!"

The venue is far from full, and there are significant gaps in front of the stage. A few of the men do as the singer says and climb up before jumping into the crowd.

Is Felix A. one of them? It is not clear in the video.

Felix reportedly appeared to be fine after hitting the ground and was attended to by security staff and was seen walking around the venue afterwards.

Staff insisted Felix seek professional medical advice before heading home and he checked into a local hospital, where he suffered an epileptic seizure and died two days later.

Earlier today (Friday, January 31), TERROR posted the following message on Facebook: "Someone losing their precious life is saddening beyond belief — we are devastated. Our thoughts and prayers go out to the family and friends of Felix."

The prosecutor's office has launched an investigation into the incident. 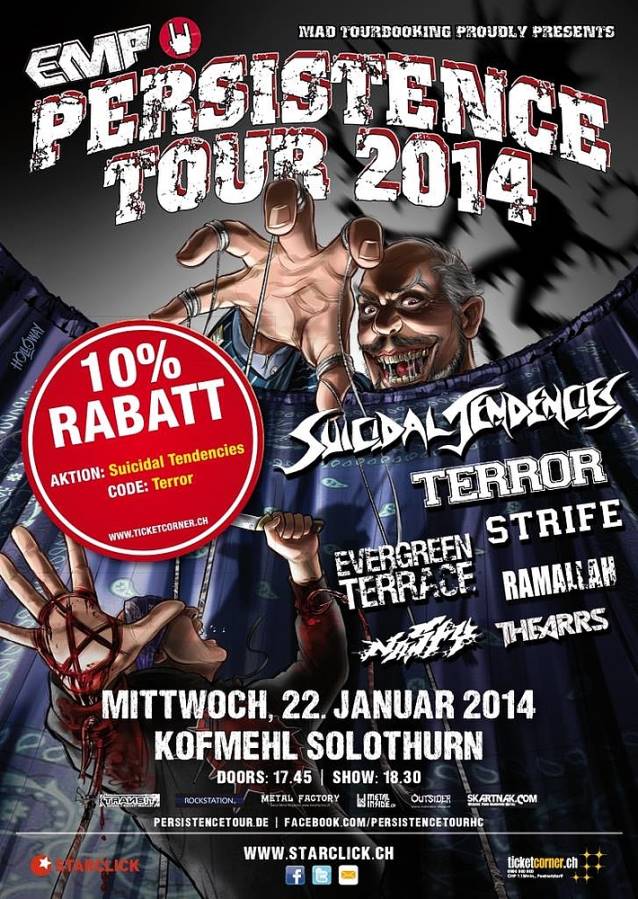