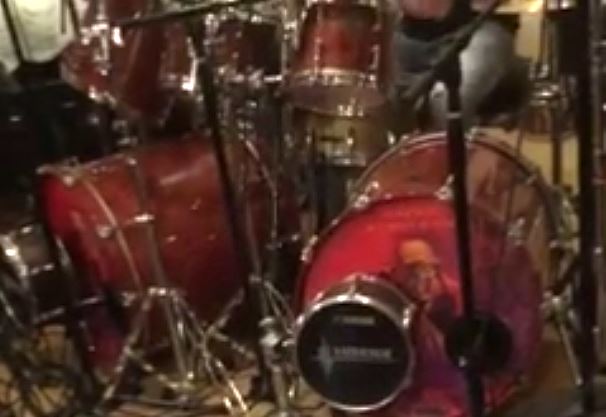 Justis Mustaine, the son of MEGADETH mainman Dave Mustaine, has uploaded a short video clip of the band's bassist, David Ellefson, rehearsing with an as-yet-undisclosed drummer, presumably as part of an audition for the slot left vacant by the departure of Shawn Drover. Check it out below.

Ex-MEGADETH drummer Nick Menza recently said that he "doesn't rule out" rejoining his former bandmates, explaining that his return to the group is up to MEGADETH mainman Dave Mustaine.

Writing on his Facebook page, Menza said: "Like I have said in the past, I don't rule out rejoining MEGADETH and the opportunity would be totally cool. I'm open to whatever could possibly happen. That's up to Dave. Right now I'm focused on writing and demoing songs with [fellow former MEGADETH members] Chris Poland [guitar] and James Lomenzo [bass]."

Only hours after Drover announced his exit from MEGADETH on November 25 to "to pursue [his] own musical interests," guitarist Chris Broderick revealed he also quit the legendary metal band, saying that he was leaving the group "due to artistic and musical differences."

The as-yet-unnamed new "supergroup" featuring Poland, Menza (drums) and Lomenzo made its first public appearance earlier this week on the sixth episode of the brand new Internet TV program "Inside Metal" hosted by Bob Nalbandian. 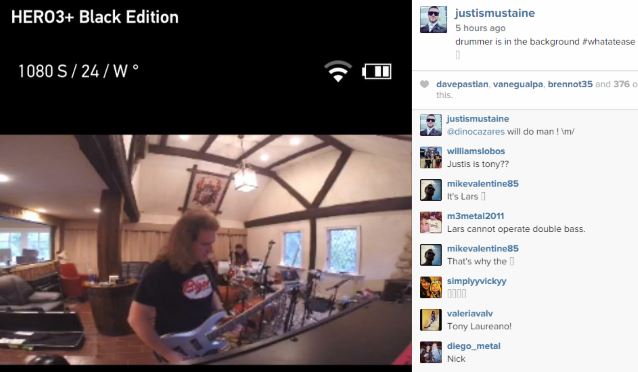