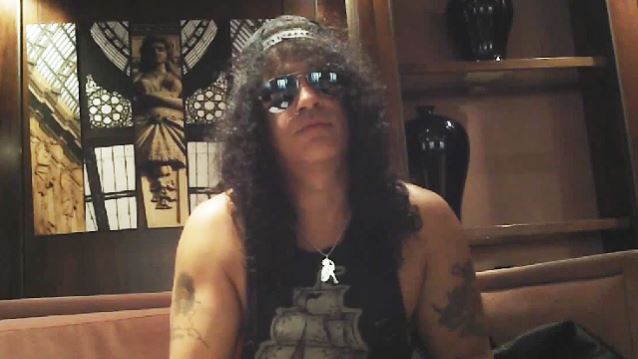 Lorenzo Gandolfi of Italy's Chitarre magazine recently conducted an interview with legendary guitarist Slash. You can now watch the chat in two parts below.

Asked if his current group, SLASH FEATURING MYLES KENNEDY & THE CONSPIRATORS, should be considered a solo project or if it's more a of a "real band" situation, Slash said: "It's sort of a combination of both. It's definitely more of a band situation, and how it relates to me as a solo artist is only just that I present the music and I run the band. But even then, we all do what we want, we all have the same goals and the same desires as far as working together and what the band should be doing and all that kind of stuff. So more than anything, I just deal with the mudane, busy work that needs to get done. And, like I said, I present the music to Myles [Kennedy, vocals] and Myles writes the lyrics, so we have a little bit of a partnership that way. And it's really simple. Sometimes people try to make it more complicated [than it is]."

Slash will release his new album, "World On Fire", on September 15. The former GUNS N' ROSES guitarist and MYLES KENNEDY & THE CONSPIRATORS recorded 17 songs for the follow-up to 2012's "Apocalyptic Love". Among the tracks on the record are "Shadow Life", "Automatic Overdrive", "Wicked Stone", "Bent To Fly", "Battleground" and the title track, which also serves as the set's first single. 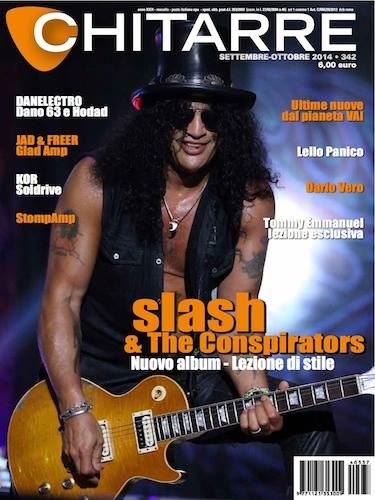