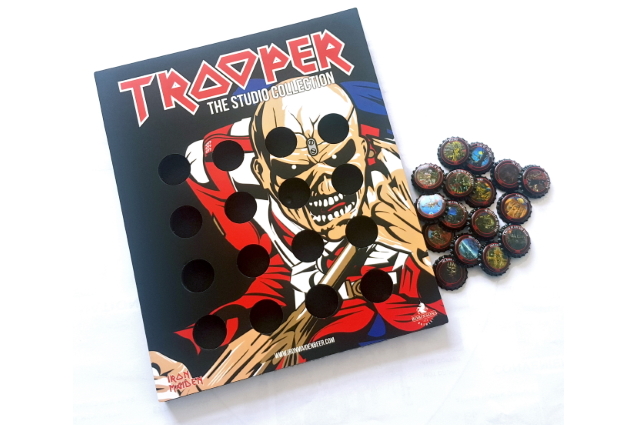 To celebrate each of the iconic IRON MAIDEN studio albums, Trooper and Robinsons Brewery have launched exclusive collector bottlecaps. Appearing on all Trooper beer from October, including limited-edition Halloween-inspired "Day Of The Dead" bottles, the unique bottlecaps commemorate every record from IRON MAIDEN's self-titled album, released in 1980, until 2015's award-winning and No. 1 album "The Book Of Souls".

Around for a limited time only, two million of the collectable bottlecaps will be available globally wherever Trooper beer is sold — but fans will have to be quick off the mark, as some cap designs are more difficult to find than others.

Collectors can also buy an exclusive collector frame from Robinsons Brewery to showcase their bottlecaps. The launch of the limited edition bottlecaps coincide with IRON MAIDEN's ongoing "Legacy Of The Beast" tour and the recently released studio collection.

Sam Kennerley, Trooper brand manager, said: "IRON MAIDEN and Trooper fans are some of the most dedicated and passionate in the world, so we wanted to create something completely new and different for them. IRON MAIDEN is so iconic and distinctive, and creating the bottlecaps is just one of the ways we wanted to celebrate the band and its amazing artwork."

Since its creation in 2013, Trooper has gone from strength-to-strength, selling over 25 million pints and recently scooping Silver at the 2019 International Beer Challenge. 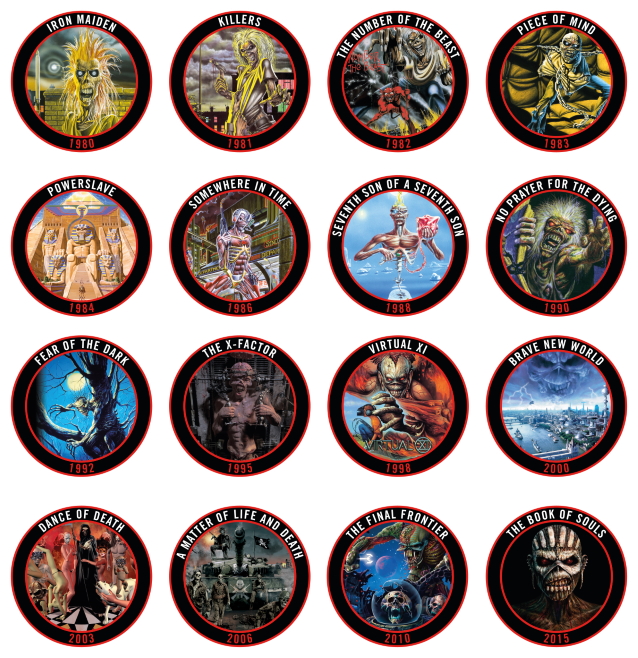