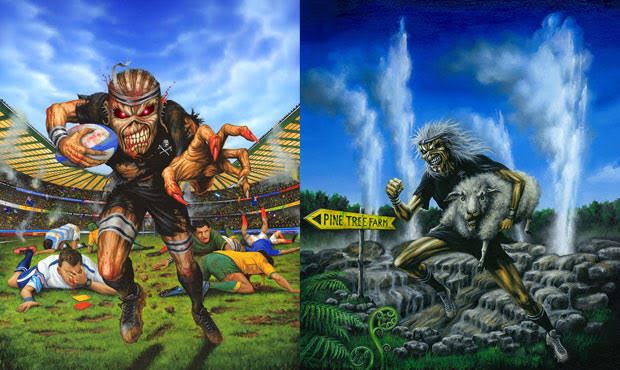 The top features the band's mummy-like mascot Eddie wearing black rugby gear complete with sweatbands and a ball under his arm as he charges to the try-line in a packed stadium. There are tackled players strewn behind him in the colors of the teams the All Blacks beat in the World Cup.

According to Wales Online, IRON MAIDEN manager Rod Smallwood is a huge rugby fan and was at both World Cup finals in 2011 and 2015 to see New Zealand lift the Webb Ellis Trophy.

Said Smallwood: "We did a tribute to the legend that is Colin Meads on our 2011 New Zealand tour t-shirt which went down so well with the rugby fraternity there that [All Blacks] assistant coach Wayne Smith, a mate for many years and big MAIDEN fan along with some other current ABs, asked to use this art on some special [t-shirts] he was going to use as prizes for the players for outstanding defensive performances in each game of last year's World Cup. He had done similarly in the 2011 Cup with our 'Fear Of The Dark' design T's."

He added: "This new tour shirt commemorates the victory last year at Twickenham and is a tribute to the [All Blacks]." 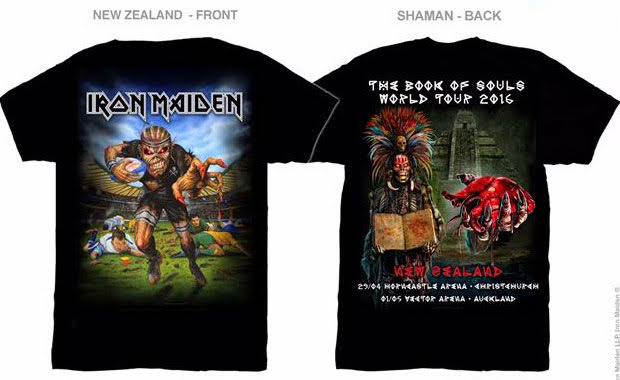