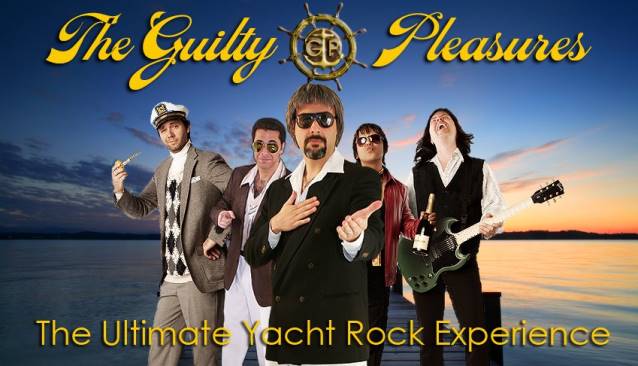 Video footage of the THE GUILTY PLEASURES performing a cover version of IRON MAIDEN's "Run To The Hills" in the style of Michael McDonald at Mandalay Bay in Las Vegas, Nevada can be seen below.

"Run To The Hills" was IRON MAIDEN's sixth single and the first from the band's 1982 album "The Number Of The Beast". Credited solely to the group's bassist, Steve Harris, although significant contributions were made by lead vocalist Bruce Dickinson, it remains one of their most popular songs, with VH1 ranking it No. 27 on their list of the "40 Greatest Metal Songs" and No. 14 on their list of the "Greatest Hard Rock Songs."