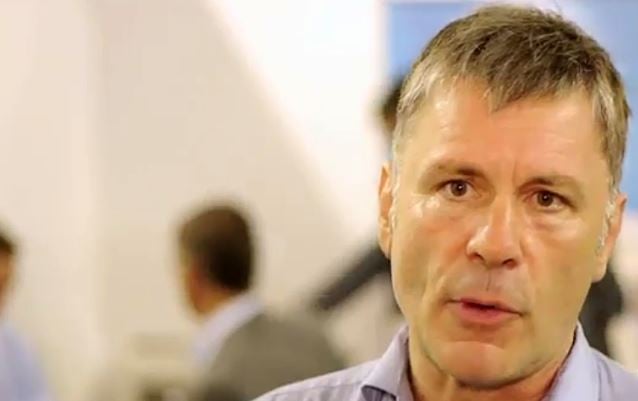 IRON MAIDEN singer Bruce Dickinson (pictured) recently underwent a seven-week course of chemotherapy and radiology to treat a small cancerous tumor at the back of his tongue.

"Bruce has asked me to thank everyone for their tremendous support and kind wishes. He has been extremely touched and encouraged by the genuine and affectionate response from our global family of MAIDEN fans.

"Radiology is cumulative and continues to build in the body for around three weeks after treatment, so even though Bruce's seven-week course is completed, he's had a long period of considerable pain and discomfort. He is happily now starting to recuperate and the pain will continue to abate and the swelling to reduce for the next couple of months at which time he will be able take an MRI scan. It is not until then that we will have full confirmation that the cancer has been completely destroyed. However, prognosis continues to be extremely good and everyone is optimistic for a full recovery. Following the scan, we will officially update you on [the band's official] website at the appropriate time, probably in late May. After that, it will take a few more months for Bruce to get back to full fitness. Naturally, the rest of the band are totally supportive and MAIDEN's plans will be determined by Bruce's progress.

"Please continue your positive thoughts. They are very much appreciated.”

IRON MAIDEN drummer Nicko McBrain told the 98.7 The Gater radio station in West Palm Beach, Florida earlier in the month about Dickinson's cancer battle: "We were all blown away when we heard the news. But the great thing is [Bruce is] in great hands back home in England, not only with his family, but his oncologists and all the people that are working with him. They were all very positive, as Bruce has been, through the whole thing."

He continued: "Obviously, it's a blow for everybody to hear the news. Last [month], the official announcement was made, after he finished his treatment. And all of that treatment went exceedingly well. And from not having spoken to Bruce for a couple of weeks, but talking to our manager, he was in amazing spirits, considering the brutality of the radiology, and he had three chemo sessions. So it's been pretty hard, as you can imagine. And he's apparently doing very well. He was in the office Wednesday last week, and apparently he went out. He goes down the pub… although he can't taste his beer. He said, 'At least I know it's a Trooper [IRON MAIDEN's official beer]. I've got the bottle in my hand.' [Laughs] I said, 'Does it still work?' 'Oh yeah!' [Laughs]"