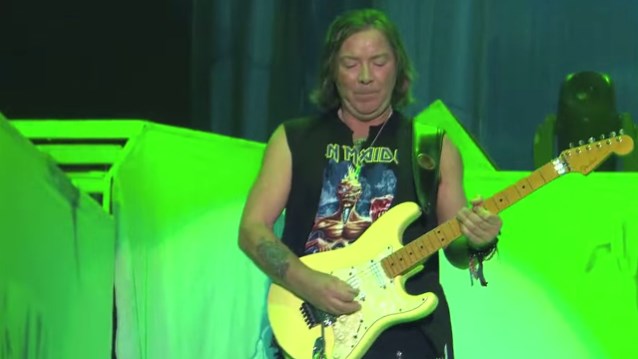 The Dave Murray California Series Stratocaster is inspired by Murray's longtime onstage go-to guitar, combining time-honored Strat tradition with the modern roar of three Seymour Duncan humbucking pickups, the fast feel of a compound-radius fingerboard, and the high-performance reliability of a Floyd Rose bridge and nut.

According to Fender, the new guitar should hit retailers' shelves in mid-February.

For more information, go to www.fender.com.