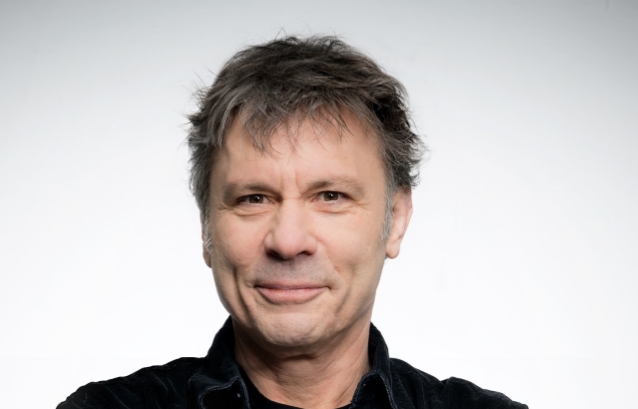 Bruce Dickinson has been named "honorary citizen of Sarajevo."

The IRON MAIDEN singer was recognized in a unanimous vote by Sarajevo City Council in remembrance of his 1994 visit to the city while the Bosnian War was raging and Sarajevo itself was under siege.

In its decision, the Council explained that Dickinson has, as a foreign citizen, contributed significantly to the development and affirmation of Sarajevo, as well as to the relations among people based on solidarity, democracy and human rights.

Dickinson and his band came to Sarajevo with the help of UN troops in 1994 and held a concert at the Bosnian Cultural Centre.

Two decades after, in 2016, he returned to the Bosnian capital to shoot the documentary "Scream For Me Sarajevo", directed by Tarik Hodzic.

The move to honor Dickinson was initiated by the association of artists Concept Media.

"Thanks to everyone, especially the residents of Sarajevo," Bruce said in a statement. "This is an award for all of us."

It is not clear if Dickinson will come to Sarajevo on November 25 to receive the award in person.

"Scream For Me Sarajevo" was released in June on DVD, Blu-ray and digital via Eagle Vision. In addition, the music from the film was issued on CD/double LP via BMG.