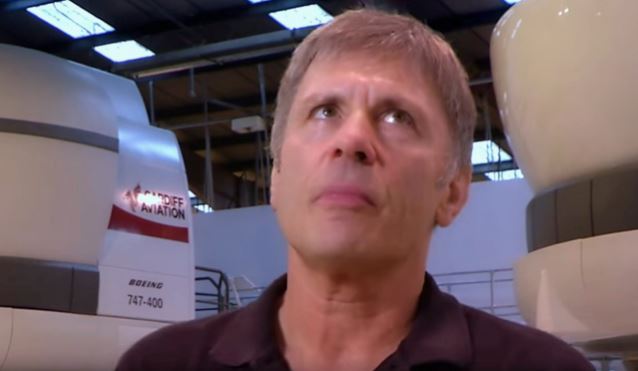 In a brand new interview with Grantland.com, IRON MAIDEN singer Bruce Dickinson revealed that he doesn't pay any attention to social media.

"I understand that in this day and age everybody has to have a big social media presence, and you have to look after your social media, and blah blah blah — okay, that's great," he said. "We've got a great team and they just look after the social media. I just completely ignore it. It's as if I live in another world, devoid of Twitter, devoid of Facebook, devoid of all the bullshit that gets talked about by all of these people. I just live in my own little head world. That's what makes the records. So I have no idea what's going on on Twitter, and I couldn't care less."

Asked if there is anything in particular about social media that bothers him, he said: "No, because I don't let myself get bothered. I pay no attention to it. I don't even know how to access Twitter. I mean, my mobile phone is a Nokia that I can't even take a picture on. It's held together with tape. That is my mobile phone, and people look at it with horror. People say, 'Well, why don't you have an iPhone?' Because it gets polluted by shit."

He continued: "The trendy things that bands do now to maintain their 'pop culture' is sit there obsessing and tweeting away drivel to the unwashed masses. It's just crap. It's self-indulgent, narcissistic bollocks. I have no interest in that whatsoever. If I want to be self-indulgent and narcissistic, I'll put it on a record. Don't sit there tweeting, I don't even know how many words you're not allowed to say in Twitter before you run out of intelligence."

Dickinson does, however, see the value in social media in the way it enhances MAIDEN fans' experience by creating a community that encourages them to cumminicate with each other.

"I guess [the Internet] is a great way for the metal community to interact and to relate without having to tolerate being servile toward the mainstream media," he said. "From that point of view, our own community and the whole IronMaiden.com thing works brilliantly for us. People can just get involved in the portal and talk amongst themselves. So for us, it means that as a band, we just don't get involved with it because our audience involves themselves. We just put music out there and let them run with it. They can have their own opinions. They're gonna make their own statements. They're gonna create their own communities and their own worlds. We put the music out there and we let people run with it. That's what it should be like, really."

IRON MAIDEN's new album, "The Book Of Souls", is being released today (Friday, September 4) through BMG in the U.S.A. (Parlophone Records in the rest of world).