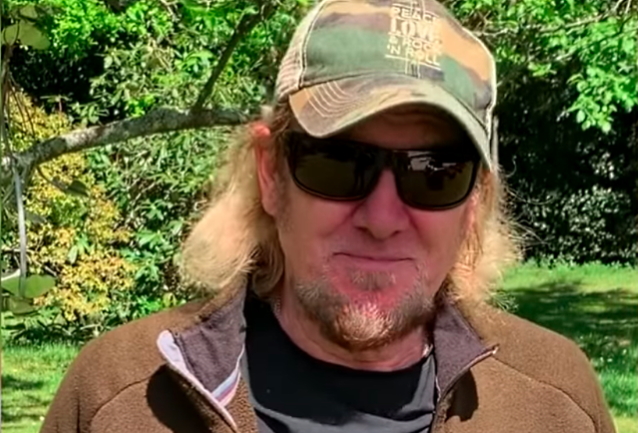 IRON MAIDEN has uploaded a six-minute video in which guitarist Adrian Smith and the band's "Killer Krew" reveal how they have been making the most of their coronavirus downtime.

IRON MAIDEN's longtime manager Rod Smallwood recently urged everyone to listen to the experts when it comes to deciding how to respond to the coronavirus crisis.

The British heavy metal legends have been forced to postpone or cancel a number of shows this spring and summer as a result of the coronavirus pandemic that is sweeping the globe.

IRON MAIDEN is rumored to have completed work on a new studio album, to be released later this year. The group hasn't issued any fresh music since 2015's "The Book Of Souls" LP, which was recorded in late 2014 in Paris, France with longtime producer Kevin "Caveman" Shirley.