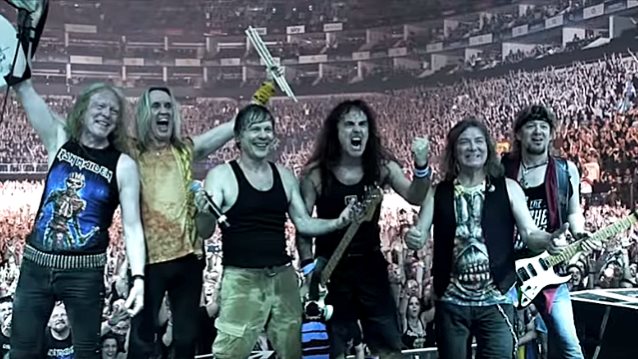 British heavy metal legends IRON MAIDEN have released a three-minute video message thanking fans for a successful run of dates in the U.K. and Ireland as part of the band's "The Book Of Souls" world tour. Check it out below.

IRON MAIDEN's "The Book Of Souls" tour will return to North America for an extensive series of arena and amphitheater shows in June and July. Support on the trek will come from GHOST.

IRON MAIDEN bassist and main songwriter Steve Harris tells Express & Star: "We are really looking forward to returning to North America for a full tour. We had always planned to go back there and to the U.K. as last year, due to the global nature of the tour and the period it took, we just didn't have time to cover them properly and we do still like to get to fans in as many places as possible.

MAIDEN's current European tour consists of a total of sixteen dates, including three shows in Germany, eight in England, two in Scotland and one each in Ireland and Wales. The U.K. leg marks MAIDEN's first full U.K. arena tour in six years. 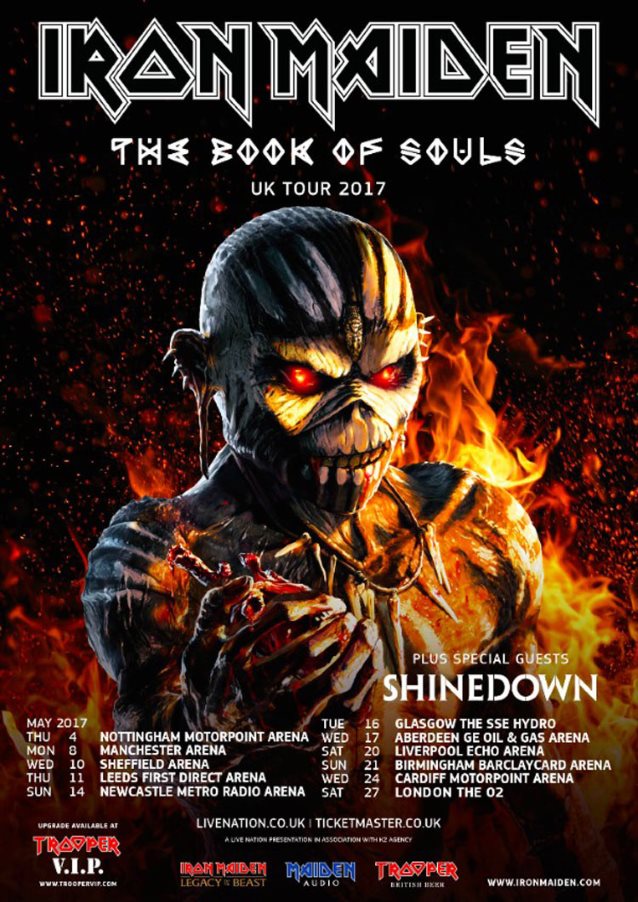