IRON MAIDEN's Nicko McBrain was inducted into Guitar Center's "Drum-Legends" Hall of Fame on Saturday, January 10, 2009 at Guitar Center's Drum-Off grand finals in Los Angeles. McBrain also performed the MAIDEN classics "The Trooper" and "Hallowed Be Thy Name" at the event, which was held at the historic Music Box at Fonda Theater. The show also featured performances from drumming greats Jason Bittner (SHADOWS FALL), an exclusive collaboration by Thomas Pridgen (MARS VOLTA) and Thomas Lang and a headlining performance by PAPA ROACH. The evening was hosted by Stephen Perkins (JANE'S ADDICTION).

Watch fan-filmed video footage of McBrain's induction and performance below.

Started three years ago, "Drum Legends" was created to acknowledge the contributions of many of today's most legendary and iconic drummers. Guitar Center has dedicated a special section in their flagship San Francisco location to "Drum Legends", featuring past inductees including Steve Smith, David Garibaldi, Alan White, Greg Errico and others. 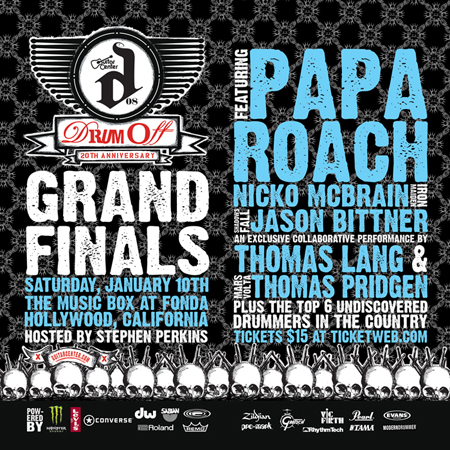