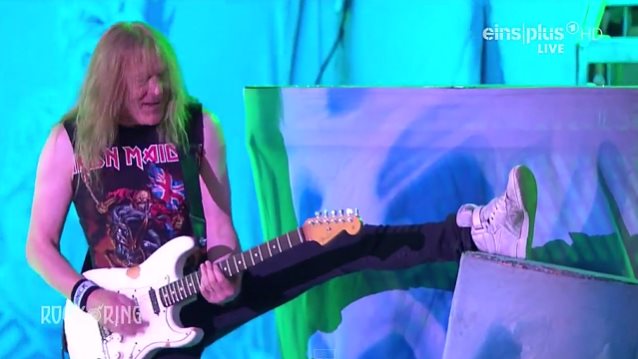 Professionally filmed video footage of IRON MAIDEN's entire June 5 performance at the Rock Am Ring festival in Nürburg, Germany can be seen below.

15. Aces High
16. The Evil That Men Do (preceded by "Happy Birthday" to Nicko McBrain)
17. Sanctuary

IRON MAIDEN's current "Maiden England" tour is based on the 1988 set list from the "Seventh Son Of A Seventh Son" trek.