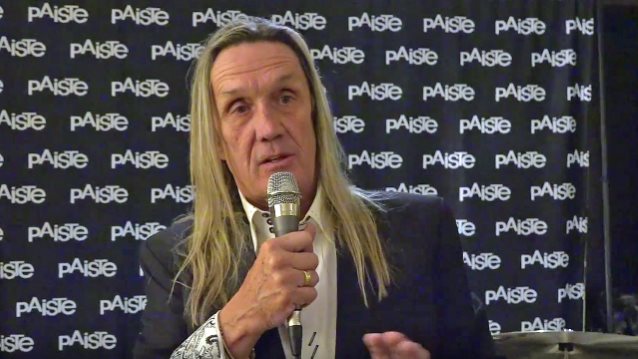 Drummerszone has uploaded new video footage of IRON MAIDEN drummer Nicko McBrain introducing and demonstrating his "Treasures" limited-edition set from the renowned cymbal maker Paiste at this year's NAMM show, which was held at the end of January in Anaheim, California. Check out the clips below.

Since joining IRON MAIDEN, McBrain has become one of the most admired and influential drummers in modern times. Recent tours of the British top metal band are breaking all records, including the current "The Book Of Souls" world tour, which features a unique cymbal set crafted for Nicko by Paiste.

Inspired by the Mayan theme of the tour stage set, Paiste and Nicko collaborated to create special silk screens for the cymbals. Elements of the artwork include the sun god Tonatiuh, and the date January 9, 1983 written in Mayan calendar glyphs, the day of Nicko's very first session with IRON MAIDEN. The Paiste logos are rendered in IRON MAIDEN script.

The set comes in a massive custom made wooden crate which features elements of the artwork branded into the wood and on a laser engraved bronze plaque. Added contents include signed CD and vinyl versions of "The Book Of Souls" album, signed Nicko "Boomer" McBrain signature drum sticks, and a signed Certificate Of Authenticity.

Production will strictly be limited to a total of 83 crated sets worldwide. Interested customers should contact Paiste directly for personal assistance in setting up a purchase through an authorized Paiste retailer.

Signature, RUDE and Formula 602 cymbals are entirely made by hand in Switzerland using traditional methods that have remained unchanged in over half a century. 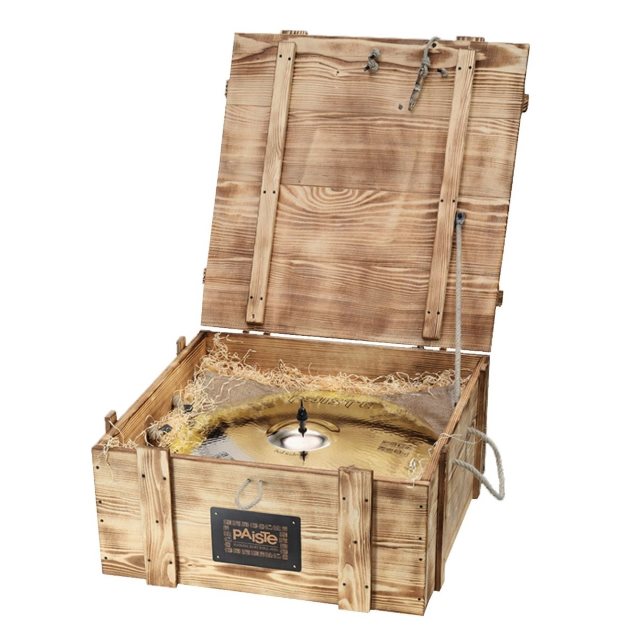