The first-ever official IRON MAIDEN comic book series is coming from leading U.S. science fiction, fantasy and horror publishers Heavy Metal Publishing. The comic books are based on the band's hit mobile role playing game Iron Maiden: Legacy Of The Beast, where players battle as Eddie across the many worlds of IRON MAIDEN's discography, from the ancient sands of "Powerslave" to the far flung future of "The Final Frontier".

Comprising five fantastic issues, with an overarching narrative and incredible illustrations, Iron Maiden: Legacy Of The Beast is written by Llexi Leon and Ian Edginton, with art from Kevin J. West, Jason Gorder and Santi Casas. The first issue goes on sale worldwide from comic retailers everywhere on October 11, but is available to pre-order online now.

The comic book series expands on the video game narrative. As dark forces conspire to corrupt the fabric of reality, Eddie's immortal soul is shattered and strewn across the cosmos — leaving a weakened, primal Eddie to battle across space and time facing off against the twisted legions of The Beast, seeking out the lost shards of his soul, and bringing order to the realms. With each victory, and with the aid of old friends, Eddie will restore his fearsome powers as he draws ever closer to facing the Unholy foe behind his fall… and thwarting a plot to unravel all of Creation!

Jeff Krelitz, CEO of Heavy Metal says: "As a lifelong fan of IRON MAIDEN, it is a privilege to publish the first official comic giving a narrative to their iconic mascot, Eddie. Heavy Metal's near-half-century-long history of either working with or launching the careers of only the most accomplished artists continues here with the amazing team IRON MAIDEN has working on this series."

Llexi Leon, interactive creative director at Phantom Music Management, says: "After forty years of unbridled creativity, innovation, and attitude, Heavy Metal has always been a home to the greatest talent in sequential storytelling and fantasy art. With a natural affiliation to the heavy music genre, it's a nexus point for counter culture and alternative arts. I can think of no better partner to explore IRON MAIDEN's mythology and expand the Legacy Of The Beast!" 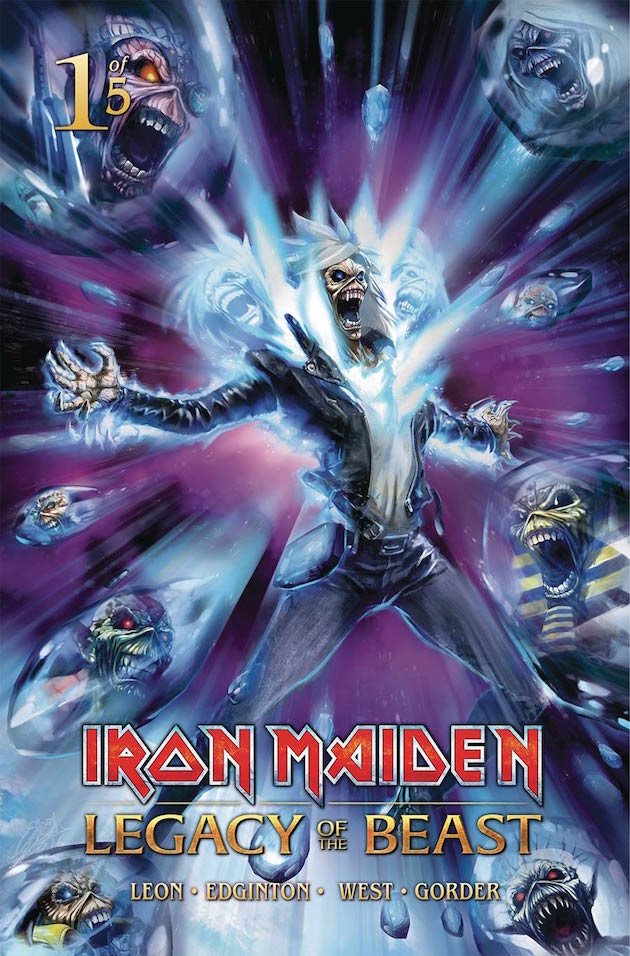