All MAIDEN fans are being asked to be on the lookout for the guitar. It will be extremely hard to get rid of as it's the only one in the world. There will be a reward of a MAIDEN tour jacket and a handwritten letter of thanks from Adrian to anyone with information leading to the recovery of the guitar.

According to RIA Novosti, IRON MAIDEN, which is scheduled to perform a gig in Moscow August 19, will fly in over 200 friends and relatives with them to the Russian capital, concert organizers said Tuesday.

"Two days before the concert, August 17, one of the capital's airports will receive a charter plane, piloted by IRON MAIDEN vocalist Bruce Dickinson, that will have about 220 people on board," a spokeswoman for the Tatyana Dalskaya concert agency said. 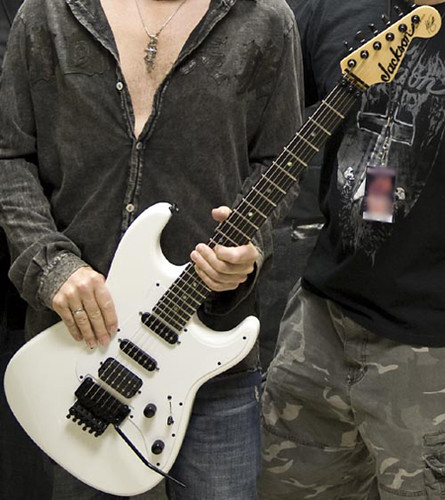