The official music video for "The Burning", the title track of the second album from BRITISH LION, the side project of Steve Harris, bassist and co-founder of metal icons IRON MAIDEN, can be seen below. The LP will be released on January 17 in digipack CD, double gatefold vinyl and digital download formats via Explorer1 Music (E1).

Asked how the musical direction of BRITISH LION's follow-up effort is different from "British Lion", Harris told The Metal Voice: "The band has evolved over the last five or six years live — we've played quite a lot of shows in Europe and stuff — so it's become more of a tighter band. I think we've found our direction is naturally evolving, and if anything, I think it's getting heavier than it was, really. It's very melodic. The songs are… I don't know… There's still kind of a UFO, THIN LIZZY type of influence, I think, in a lot of them, [and] there are influences too, but in general, I think we are getting just a little bit harder-edged, really. These days, I suppose there are some bands that make even MAIDEN sound like THE MOODY BLUES — there's some real, real heavy bands out there — so what I think is heavy and what other people think is 'getting heavier' is two [completely different things]. But we feel we're a bit harder-edged than we were. So it is a bit of a slight directional change, possibly. But it's been a natural thing; it's not something we consciously thought, 'Oh, we've gotta go this way.' It's just been the way we're playing our live shows — it's very powerful, much more powerful live than on record, I think. And I think with the second record, we've tried to capture that essence of what we are live more." 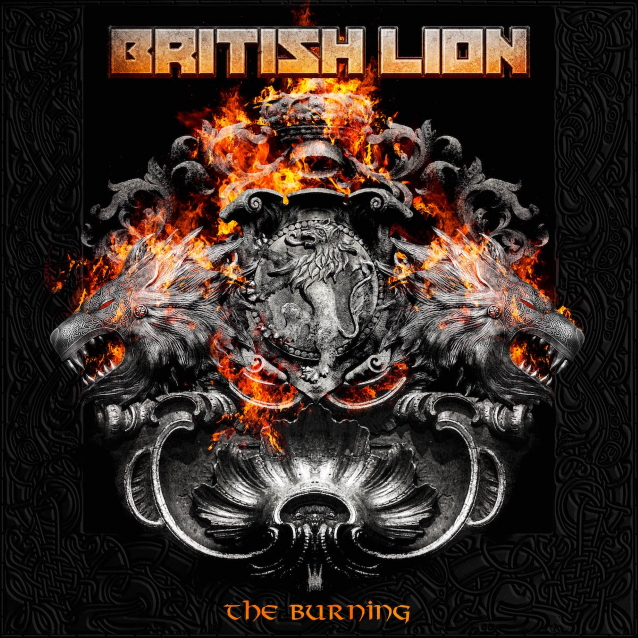