According to GazetteXtra.com, investigators in Wisconsin are trying to identify the body of a man found along Turtle Creek 20 years ago by distributing a poster at heavy-metal venues such as concert halls, bars and music stores.

The young man still unidentified and known only as John Clinton Doe was wearing a T-shirt with a logo from the pioneering British black metal band VENOM. The poster features the logo and also an image of what Doe might have looked like, produced last year by an FBI facial reconstruction expert.

"The goal is to raise awareness of the case and to attempt to find a friend, relative, school mate, neighbor, or perhaps a heavy-metal soul mate — anyone, actually, who may have known the teenager," said Jack Friess, an investigator with the private, non-profit organization New Look Investigations.

"I think it's kind of a new angle to reach out to the heavy metal community," Friess said.

Forensic evidence indicates he was between 17 and 20 years old when he died.

Foul play is not suspected.

A video report from WKOW.com can be seen below. 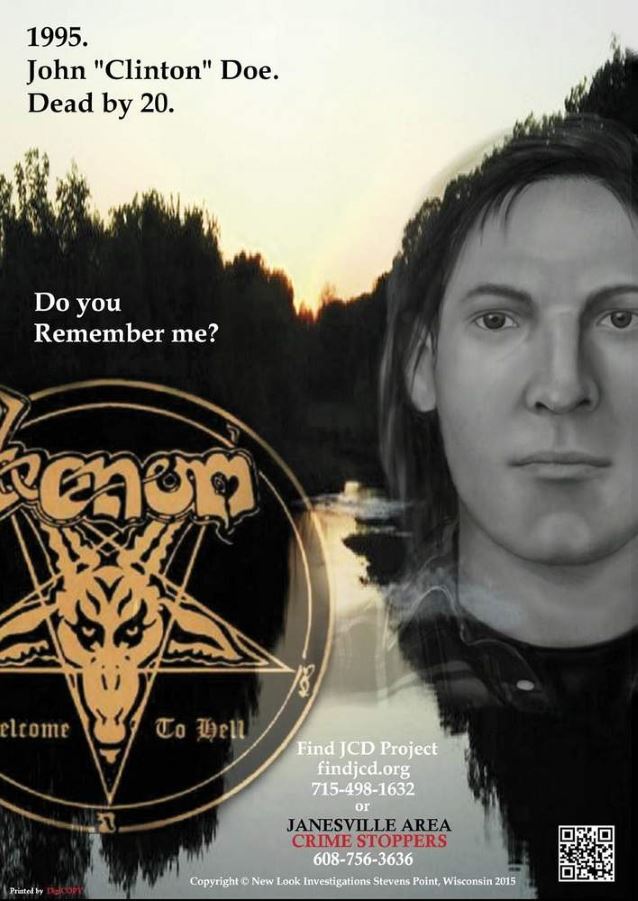