According to The Herald-News, a club in Joliet, Illinois oversold the TESTAMENT/EXODUS show on Saturday, April 11 by more than 400 tickets. A total of 917 tickets were sold for the concert at Mojoes, which has a capacity of about 500.

After learning that the show was oversold, city officials sent a police detective and fire official to count people entering through the front door of the club.

"While the officers were there, they said they counted waiting in line 171 people at 8 o'clock," Gregory said.

The Mojoes owners reportedly informed the city they would refund money to fans who could not get into the concert.

The Mojoes show was part of the the "Dark Roots Of Thrash II" tour, featuring TESTAMENT amd EXODUS, alongside support act SHATTERED SUN. 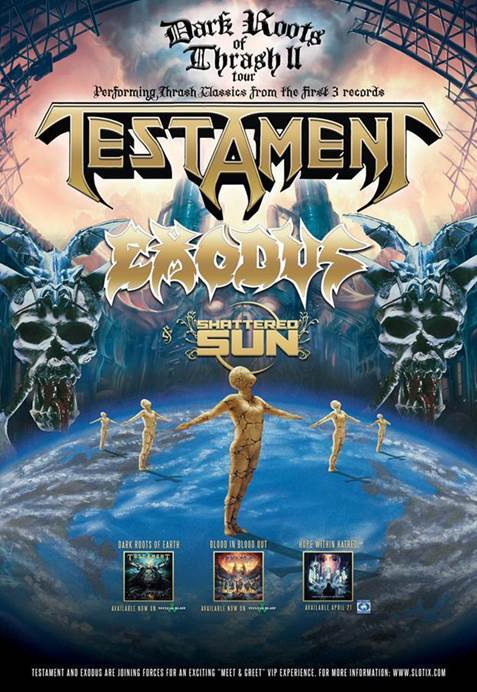