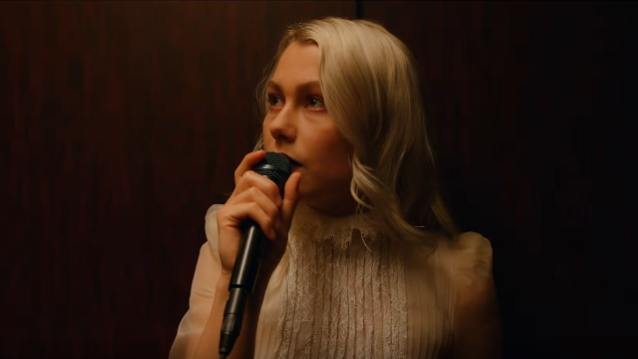 Indie rock musician Phoebe Bridgers says that Marilyn Manson once showed her what he called a "r*pe room" at his house.

The 26-year-old singer tweeted on Thursday (February 4) that she visited Manson's home several years ago and he told her about the disturbingly named room.

"I went to Marilyn Manson's house when I was a teenager with some friends. I was a big fan," she wrote. "He referred to a room in his house as the 'r*pe room', I thought it was just his horrible frat boy sense of humor. I stopped being a fan."

She also offered her support to the women who have made allegations about Manson, accusing him of abuse, sexual assault and coercion.

"I stand with everyone who came forward," she said.

In a separate tweet, Bridgers alleged that "the label knew, management knew, the band knew", although she didn't specify exactly what they were aware of. "Distancing themselves now, pretending to be shocked and horrified is f—ing pathetic," she added.

Phoebe's comments come three days after "Westworld" actress Evan Rachel Wood claimed in a social media post that Manson "groomed" and "horrifically" abused her for years. After she shared her accusations, at least four other women posted their own allegations against the singer. The women claimed to have endured "sexual assault, psychological abuse, and/or various forms of coercion, violence, and intimidation" at the hands of Manson.

In the days since Wood came forward with her allegations, Manson has been dropped by his label, Loma Vista Recordings, as well as the talent agency CAA, which provides representation for individuals across various mediums.


I went to Marilyn Manson’s house when I was a teenager with some friends. I was a big fan. He referred to a room in his house as the “r*pe room”, I thought it was just his horrible frat boy sense of humor. I stopped being a fan.

I stand with everyone who came forward.

The label knew, management knew, the band knew. Distancing themselves now, pretending to be shocked and horrified is fucking pathetic.