For a list of upcoming shows, go to this location.

INCITE's entire "Divided We Fail" three-song EP is available for streaming on the group's MySpace page. According to drummer Zak Sofaly, "the songs were all composed in a matter of hours over a three-day period, and on the fourth day we were in the studio recording drums."

INCITE's current lineup is as follows:

Richie Cavalera makes a guest appearance on CAVALERA CONSPIRACY's debut album, "Inflikted", which was released in March via Roadrunner Records.

INCITE completed a North American tour this past summer with CAVALERA CONSPIRACY, THE DILLINGER ESCAPE PLAN, THROWDOWN and BURY YOUR DEAD. 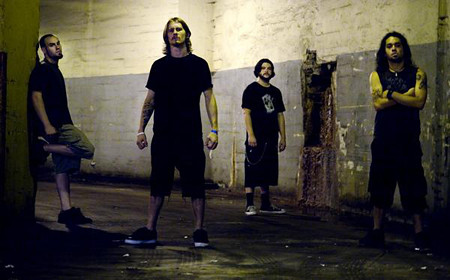