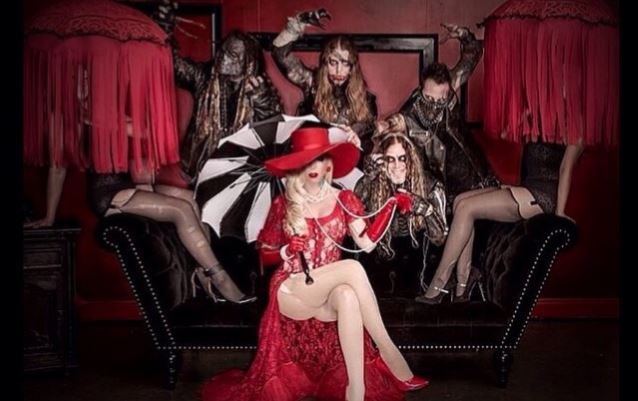 IN THIS MOMENT will release a new collection, "Rise Of The Blood Legion - Greatest Hits (Chapter 1)" on May 5 via Century Media.

Comments IN THIS MOMENT singer Maria Brink: "'Rise Of The Blood Legion - Greatest Hits (Chapter 1)' is a tribute dedicated to everyone who has risen with us through the blood, the sweat, the thick and the thin.

"We are honored to have such a beautiful connection with our 'Blood Legion' family.

"It's amazing that Century Media Records is releasing this compilation so everyone can hear our personal favorites over the last ten years.

"We love you all and the journey has just begun.

"Stay the course with us.

"'We are immortal , We rise from the wraith, We are eternal, You are my blood legion My faith.'"

Adds IN THIS MOMENT guitarist Chris Howorth: "This compilation is for the 'Blood Legion,' our die-hard fans.

"We wouldn't be doing any of this without our fans; this album is for them.

"The songs were hand-picked by Maria and myself and we feel they show the growth of our band over the last 10 years.

"I hope everyone enjoys this.

"Thanks again for joining us on this incredible journey!"

IN THIS MOMENT's latest album, "Black Widow", sold around 36,000 copies in the United States in its first week of release to land at position No. 8 on The Billboard 200 chart. The CD arrived in stores on November 17, 2014. 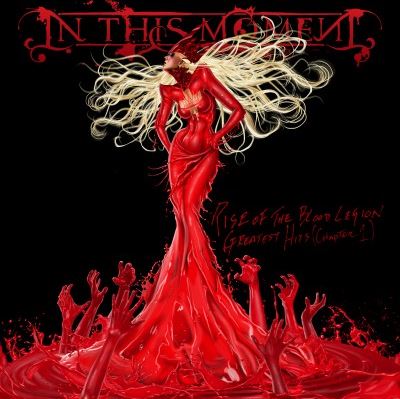