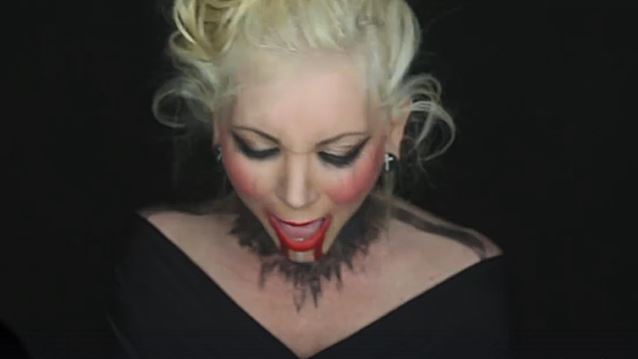 A teaser for IN THIS MOMENT's "The Fighter" video is available below. The clip is expected to make its online debut very soon. The song is taken from the band's fifth album, "Black Widow", which came out in November 2014.

IN THIS MOMENT singer Maria Brink said about the disc, "'Black Widow' is a metaphor for this innocent young girl who gets infected with life, traumas, experiences, and the balance of light and darkness. She becomes this poised and powerful creature. That's the album."

I don't need you to save me…